Parallel Structure: What Is It?

Parallel structure is repeating the grammatical form of elements in a sentence.

When similar grammatical forms are used to describe two or more ideas, it creates a smoother, more cohesive sentence. Writers often use parallel structures when there is a series of verbs or a series of nouns.

Notice that the “to read” ruins the parallelism of “playing” and “jogging” because it is in the infinitive form (to + verb stem).

There are two ways you can fix it. You can either put the third element (“to read”) to its gerund form, “reading,” or you take all of the serial elements and transform them into the infinitive form, “to play, to jog, and to read.”

Here are some parallel structure examples:

How to Use Parallelism

When using parallelism in your writing, always remember that you should never mix different grammatical forms. Basically, if you use gerund forms, they should stay consistent throughout the sentence.

You should also keep in mind that using passive voice in any of the elements can ruin parallelism.

The various ways you can use parallelism include:

Coordinating conjunctions such as “or,” “for,” and “yet” are also found in parallel structures. Again, keep in mind that you’ll have to ensure that elements in the sentence are using the same form.

So, if you are using correlative conjunctions, you should make sure that the elements of your sentence have the same value.

As mentioned earlier, all elements in your sentence should follow the same form. That means if you started with a gerund, you should not add an infinitive form.

To keep your writing interesting, use parallelism in your linking verb phrases. That means using the same grammatical form for each verb or adjective.

With Lists or Series

If your sentence includes three or more elements in a list, you should also use parallel structure. Keep in mind that it can be a series of words, infinitives, clauses, and even infinitives.

Here, it is important to ensure that both sides of the comparison are grammatically equal.

Using parallelism can make your writing more concise, readable, and persuasive. The next time you’re crafting an argument or trying to drive home a point, remember to keep an eye out for opportunities to employ parallel structure. Your readers will thank you! 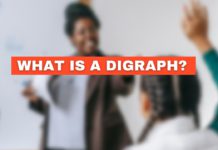 What Is a Digraph? 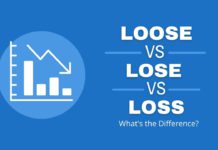 Loose vs Lose vs Loss: What’s the Difference?

How to Get Free Fonts: Free Fonts Every Graphic Designer Should...