Run-on Sentences: What Are They?

The short answer is that a run-on sentence has too many independent clauses without proper punctuation. It can occur when:

Let’s look more specifically at some of the most common reasons for run-on sentences:

This kind of run-on sentence occurs when the writer attempts to join two clauses using a comma when it should be a semicolon, period, or comma with a coordinating conjunction.

Commas are not strong enough to link clauses together on their own; they need a little help.

Here’s an example of a run-on sentence because of a comma splice:

A fused sentence occurs when multiple clauses are linked together without punctuation marks. It typically happens when the writer isn’t familiar with or isn’t paying close attention to their subjects and predicates and loses track of their independent clauses.

Here’s an example of a fused sentence with two independent clauses:

In that example, between the words “predicate” and “it” is where the clauses should be separated.

This type of run-on occurs when too many conjunctions are used in a row. Typically speaking, you should only use one instance of coordinating conjunction to link two clauses together. Having more than that creates a run-on.

In the sentence above, there are four total independent clauses linked together. Even though the commas and conjunctions are in the right places, there are too many for it to be grammatically correct.

Take a closer look at the following examples of run-on sentences.

Now that you know how to identify a run-on, the next step is learning how to correct them.

All clauses (independent and dependent) will have a subject and a predicate. The difference is that independent clauses are grammatically correct on their own. On the other hand, subordinate clauses will always start with a subordinating conjunction and need to be connected with an independent clause to form a complete sentence.

A sentence fragment is a group of words with a missing subject and/or a predicate.

Once you’re confident in the difference between the three, learning how to write and punctuate sentences properly comes down to knowing what your options are:

Method #1: Divide the Clauses With a Period

The simplest way to fix a run-on sentence is to divide it into separate sentences.

Method #2: Insert a Comma With a Coordinating Conjunction

Sometimes instead of creating two separate sentences, it may make your writing flow better if you use a comma and a coordinating conjunction to combine the clauses.

Tip: Use the acronym FANBOYS to remember which words are coordinating conjunctions. It stands for:

When linking clauses together to create compound or compound-complex sentences, these are all the options you have. Take a look at these examples:

Tip: Subordinate clauses cannot be left on their own; they are dependent on an independent clause to form a complete sentence.

You can also replace the comma and coordinating conjunction with a semicolon.

Tip: When using a semicolon, you don’t use coordinating conjunction. You should also ensure that there is an independent clause on both sides of the semicolon and not a fragment.

A semicolon can be helpful when joining clauses that relate to each other; it helps your writing flow nicely by connecting and expanding on similar ideas.

Now You Can Run On With This Knowledge

Remember, run-on sentences are sentences with too many independent clauses that are joined incorrectly. It can be because the punctuation isn’t correct or there are too many clauses in one sentence. 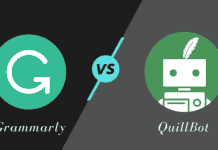 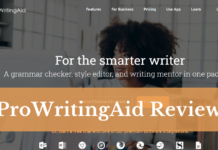 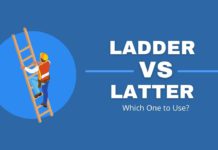 Latter or Ladder: Which One to Use?