Converting case is really simple in Microsoft Word. If you go to the ribbon option under “Home” for “Change Case” (also found with shortcut ALT+H+7) you’ll find the following options:

To actually capitalize words using these options, you just select the text you want the rules to apply to and then select case you want to convert to from the menu (or use the shortcut). 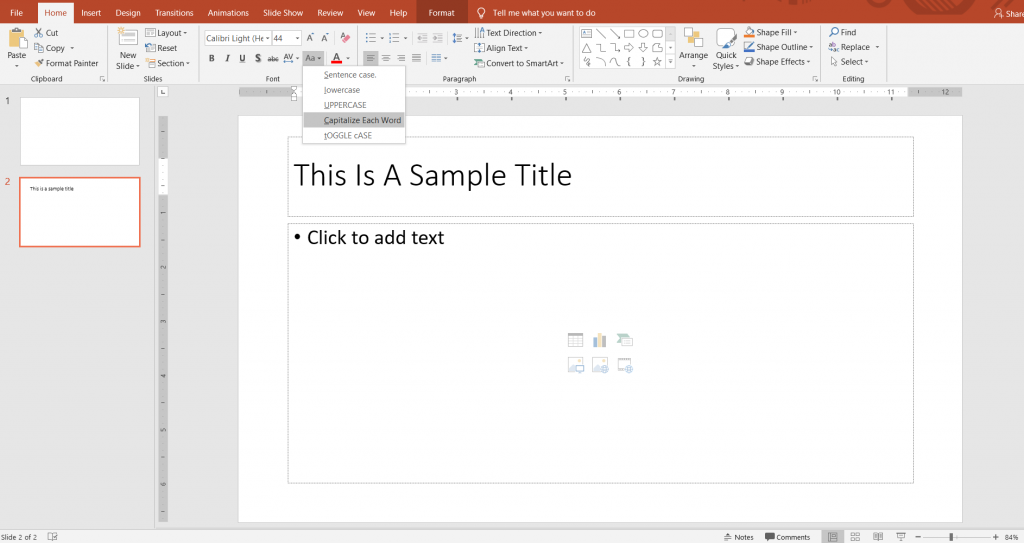 Excel is different from the above two Microsoft products because it is a spreadsheet tool based mostly on formulas and data. However, there are formulas built into Excel that allow for some basic title capitalization.

Converting text to uppercase in Excel

The formula works by converting a string (or cell reference) between the parentheses to uppercase. You can see how this formula is used in the following screenshot:

Converting text to lowercase in Excel

The formula works by converting a string (or cell reference) between the parentheses to lowercase. You can see how this formula is used in the following screenshot:

The formula works by converting a string (or cell reference) between the parentheses to title case. You can see how this formula is used in the following screenshot:

Overall, Microsoft Office has some great tools for capitalizing titles and text. While they don’t offer checks against the latest style guides, they work pretty well. Go ahead, try using the built-in Microsoft Office capitalization tools!

12 Famous Female Poets of All Time and Their Best Poems