Home English Language Grammar Tips What Is a Preposition?

People use prepositions every day. In spite of their regular use, however, they are often misused and misunderstood, especially by those whose first language is not English. Today, we’re going to learn the basic functions and purposes of prepositions, as well as how to use them (especially in an academic setting).

What is a Preposition?

A preposition’s main purpose is to convey to the reader when and where an object is in relation to something else. It basically links a noun or a pronoun (which serves as the object) to other words within a sentence. A preposition may better express how an action is done, or it may state the movement, position, and possession of an object within the sentence.

We could compare a preposition to adhesive tape: just as tape holds two objects together, a preposition “binds” words together to form a meaningful sentence. We have to give credit to prepositions for being an important part of a sentence. They give meaning to a sentence and help make it more complex and enjoyable to read.

Example 1: The dancer panicked behind the curtains.

If we break the sentence down, we can see that the word behind connects the noun curtains with the verb panicked. The word helps us understand where the dancer panicked.

Example 2: The teacher has qualms concerning the student’s output.

If we study the sentence, we can see that concerning connects the teacher’s qualms with the student’s output. The preposition expresses why the teacher has qualms.

Aside from behind and concerning, there are also other prepositions. Each of these words has its own meaning. Some of the most commonly used prepositions include the following: above, after, along, at, before, below, between, beyond, during, for, in, on, through, toward, and within.

What is a Prepositional Phrase?

To further demonstrate what a prepositional phrase is, we have given you a few examples.

Example 3: My dog jumped over the fence.

Example 4: We walked to the forest near the mountains.

What is a Particle?

Here is where things go a little tricky. There are some words that look like prepositions, but they are part of a verb. These are called particles.  While they are similar in appearance and often even use a preposition, particles do not really form a relationship between the object and the rest of the sentence. Instead, particles act as either a phrasal verb or an infinitive verb. Let’s look at a few examples..

Example 5: His mother will look after his son while he’s away.

Example 6: She likes to be the butterfly in the play.

In this example, the phrase to be is an infinitive form of a verb. The word to does not introduce a prepositional phrase, so it is not used as a preposition in the sentence.

To illustrate how prepositions and particles differ, let us try to study some more examples.

Example 7: Do not give in to temptation.

Example 8: You look in the bag.

In example 7, the word in was used as a particle. Specifically, it formed the phrasal verb give in, which means to surrender.  In the next example, the term was used as a preposition. It established the relationship between the object (the bag) and the verb (look). Where did you look? In the bag.

Example 9: She bought him flowers to make up for her mistakes.

Example 10: Look up at the sky and appreciate the beauty of the stars.

In example 9, the word up formed the phrasal verb make up, which means to compensate for something. So, it does not really establish a relationship of any sort within the sentence. In the second example, the term up would link the verb (look) to the object (the sky).

Prepositions are vital in sentences, because they express how things are done. They give us directions (“Look up at the sky.”), timing (“After the sun goes down, bats come out to catch their breakfast of bugs.”), and introduce direct and indirect objects of verbs (“I’m writing you concerning your recent grant proposal.”)  Because we use them in common language, it is important to be able to understand how to use each of these words appropriately.

Finally, here is a list some of the most common prepositions:

Other words that can act as prepositions: 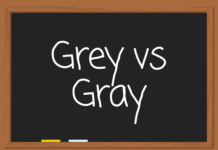 Grey vs. Gray: Difference Between Gray and Grey Spelling 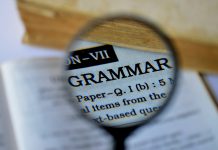 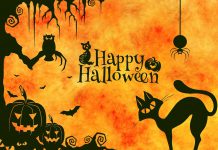 Should the Word Halloween Be Capitalized? 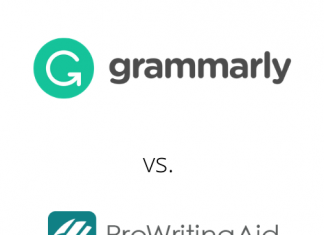