You may have come across the abbreviation “JD” in documents or emails. Someone may have sent you an email signed with JD after their name. But what does it mean? Let’s find out.

What Does JD Mean?

JD or J.D. is an abbreviated form for the words Juris Doctor.

What Is a Juris Doctor?

Men and women who have chosen law as the path for their careers are likely to be more familiar with the term than most others. Juris Doctor or Doctor of Jurisprudence is one of several educational degrees given to those who study law.

Derived from the latin phrase Juris Docturen, the shortened standard became Juris Doctor. This phrase translates to “teacher of law” from latin to English. Alternatively, the term Doctor of Jurisprudence is also from a Latin phrase originally. Jurisprudentia Doctor has become shortened to the commonly used Doctor of Jurisprudence, and is translated as “teacher of legal knowledge” from the original Latin term into English.

The most common abbreviations for the Juris Doctor degree are either JD or J.D. Both are equally accepted. In addition to these abbreviations, but much less common, D. Jur is sometimes used to abbreviate Doctor of Jurisprudence. Other jd abbreviations include: Dr. Jur; Jur Dr; and J. Dr. These are exceptionally uncommon forms of abbreviation and are not recommended.

Other Ways to Say It:

There are several phrases, or synonyms, of Juris Doctor that mean the same thing can be used interchangeably. One of them, Doctor or Jurisprudence has been mentioned already. Other synonyms for the phrase include:

When to Use the JD Abbreviation

In formal writing, it’s actually not recommended to use the jd abbreviation forms of any college degree. The preferred format to use in reference to educational achievements is to spell out the full name of the degree. Say, for example, someone is writing a formal document that requires him or her to include a statement that was made by Karen Bright, who has a Doctor of Jurisprudence degree. That person would follow the quoted statement with “Karen Bright, Doctor of Jurisprudence,” so that the proper formatting was in place.

In regard to informal writing usage, the abbreviations JD and J.D. are the most widely accepted. Either abbreviation should be capitalized and come after the first and last name of the person who holds that degree. For example, if someone is writing an article that features a quote from Tom Smith, who is a doctor of law, then he or she would reference that quote with “Tom Smith, JD” as the author. The other possibility for this example would be to use “Tom Smith, J.D.” when referring to the author of the quote.

The following sentences are examples of both the use of the full phrase and use of the abbreviated form in the correct format.

What Does WYM Mean? 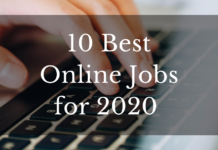 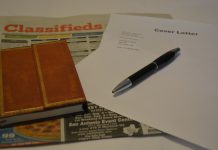