No, seasons are not generally capitalized.

We always capitalize days of the week and months of the year in writing. However, when it comes to seasons of the year, we don’t capitalize the name of the season. If we did, we would have to capitalize every particular time period, even those occurring throughout the day, like morning and afternoon. This would look absurd and get quite confusing.

Seasons, such as fall, spring, winter, and summer are general nouns, not proper nouns so therefore seasons shouldn’t be capitalized. Days of the week and months of the year are proper nouns instead so they are always capitalized. Therefore, the capitalization that applies to proper nouns isn’t applicable to seasons.

There are situations, however, when you should capitalize seasons. For example, at the beginning of a sentence where the rule of the capitalizing the first letter applies (E.g.: Summer is the best season of the year, but fall is not). Other examples of when you can capitalize fall are when the season forms part of a proper noun, or when it’s a part of a title. For example, in ‘Fall Games’ or ‘Fall Semester.’

Overall, the general rule is that we don’t capitalize seasons, fall included. 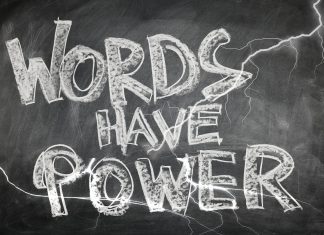 Power words are certain words that copywriters use that tend to draw an emotional response from people. They can be used to increase clickthroughs...