Home Editing Grammar Tips Transferred or Transfered: Which Is the Right Spelling?

There often seems to be a lot of confusion about the correct spelling of the past tense of ‘to transfer”: is it “transferred” or “transfered”? However, there is only one correct answer! The correct way to spell it is by using two r’s, thus making it “transferred”. Let me explain!

What Is the Correct Spelling: Transferred or Transfered?

“Transferred” is the only correct way of spelling this verb. “Transfered” is not a word and can’t be used in any situation whatsoever.

Some people think that the amount of r’s you should use depends on whether you are dealing with British English or American English as is the case with “canceled” and “cancelled.” While that may be true for some verbs, “to transfer” is definitely not one of them. It doesn’t matter whether you’re writing in American English or not, the answer remains the same.

The same is true for the gerund or present participle “transferring”. This word must have two r’s. Transfering is not a real word.

How Can You Remember Which Is the Correct Spelling?

What’s important to know, is that the word ‘transfer’ consists of two syllables and that ultimately determines how many r’s to use when turning this verb into the past tense. When pronouncing the verb ‘(to) transfer’, you should try focusing on which part of the word you’re putting your emphasis on.

When you do this, you will unmistakably find that the second syllable is the syllable that’s stressed. When the last syllable is stressed, there’s a general rule in the English language that as a result, you must double the r’s. Then, add ‘ed’ at the end and you will have successfully conjugated your verb at hand.

When you apply this to the verb ‘to transfer’, you will find that the only correct way to conjugate the verb, is by adding an extra ‘r’ and then adding ‘ed’, thus resulting in “transferred”. Of course, as is the case with almost any language, there often can be exceptions when it comes to certain spelling rules. However, that doesn’t apply here in this scenario because when it comes to the verb ‘to transfer’, you only need to worry about the general rule.

To put this into practice, let’s try using this verb in a sentence: “He transferred the money to his savings account.”.

To make it a little less abstract, I will demonstrate this general rule by using two other examples:

1. His father’s expectations deterred him from being able to live his dreams to the fullest.

2. I made her some pancakes for breakfast, but she preferred waffles.

So, I hope it’s clear now! To summarize, there is no such thing as ‘transfered’, the only correct way of spelling is “transferred”.

How Do You Abbreviate Transferred?

To make this acronym past-tense, you should abbreviate transferred as: 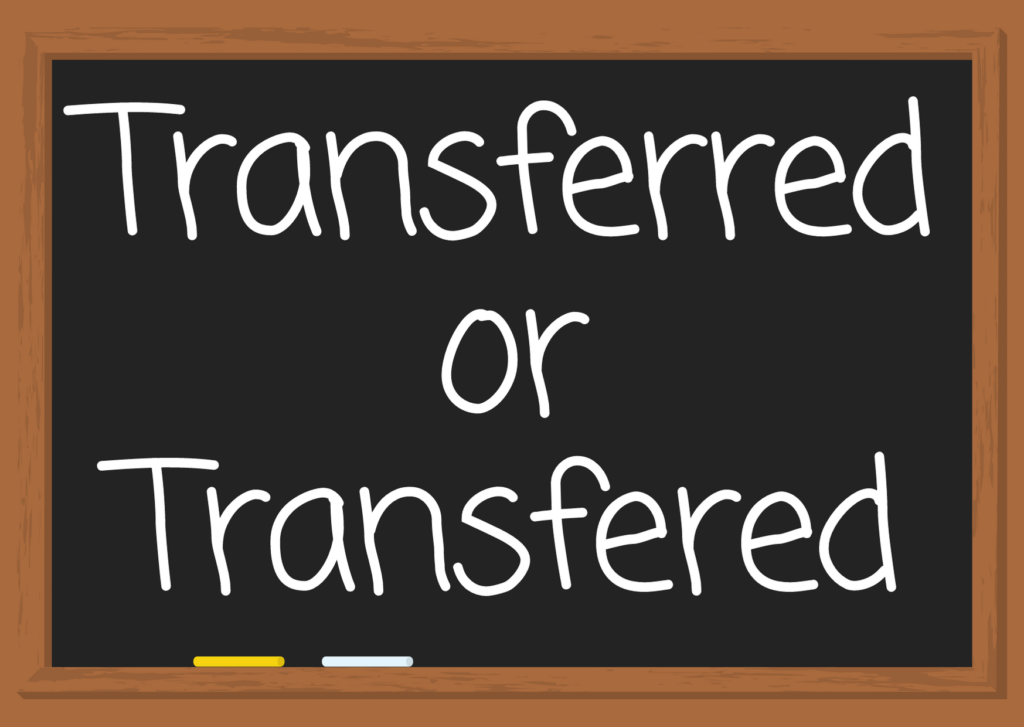