Home Writing Story What Is the Difference Between Static Characters vs Dynamic Characters?

We’ll take a closer look at these questions and more in this article.

Character Development Meaning: What Is It?

Character development is a process wherein you, the author, craft a detailed character profile, shaping and building every aspect that makes him human – regardless if your main character is a half-robot and half-alien.

Character development can also mean the changes a character goes through in the story, often responding to experiences and events. This transformation process is interconnected with what we call character arc.

For instance, in the first few chapters, the character is timid and naive, but by the end of the story, he leads a pack of misfits that has overthrown an oppressive government.

By plotting the internal conflict, personality, depth, and motivation beforehand, you can identify which traits go out of the window, which ones stay, and which ones change.

Expert insight: It can take years for you to craft well-rounded characters. J.K. Rowling, for instance, spent five years planning and writing the Harry Potter Series.

Authors categorize their characters based on character type and their role in the plot or narrative. Static characters vs. dynamic characters are often the center of character development.

Static characters do not change in the story. Whatever character’s trait, personality, or motivation at the start will remain constant throughout the narrative until the book ends. Even when there is conflict and significant events, a static character will remain unchanged and true to his/her steadfast convictions.

From a reader’s point of view, having static characters may seem unnecessary and a waste of book space because they are simple, boring, and predictable. However, you’ll be pleasantly surprised that they are crucial and as interesting as dynamic characters.

This is because static characters can:

Some examples of static characters in popular books and movies include Bellatrix Lestrange in the Harry Potter series, Scar in The Lion King, and Atticus Finch in To Kill a Mockingbird.

Expert insight: Static characters are not simple. On the contrary, they are complex characters shaped by experiences and backstories. Some books have multiple static characters – that’s how impactful they are for the plotline!

What Are the Characteristics of a Static Character?

The characteristics of static characters include a steadfast conviction and, of course, having the same personality and traits from beginning to end. Keep in mind that static characters are different from flat characters, with the latter mostly given to minor characters that are one-dimensional and without depth.

Examples of a Static Character

1. To Kill a Mockingbird by Harper Lee

Atticus Finch is an excellent example of a static character. His moral compass, beliefs, and outlook are unchanged throughout the story. Meanwhile, his daughters, Jem and Scout, are considered dynamic characters because they ultimately change their perspectives at the end of the story.

2. Romeo and Juliet by William Shakespeare

In William Shakespeare’s tragedy Romeo and Juliet, Romeo begins as a loyal yet capricious, impulsive character, traits that he still displays until the very end. After learning about Juliet’s “death,” his immediate resolution is to kill himself.

From start to finish, the second most featured wizard, Bellatrix Lestrange, retains her unpredictable, cruel, and evil ways throughout the books.

From Sean Connery to Daniel Craig, all 007 agents have the same charming yet lethal trait. The latest James Bond films also have backstories to further the story.

You’ll also find static characters in crime and mysteries. One good example is Sherlock Holmes. Throughout different investigations, Holmes does not go through any significant internal changes. As a matter of fact, he maintains his confidence and witty personality!

Homer Simpsons, the patriarch in The Simpsons, remains unchanged even after 32 seasons. He is still clumsy, lazy, ignorant, and, of course, his infamous anger toward his hooligan son, Bart.

Why Do Authors Use a Static Character?

How to Write a Static Character

It may seem easier to write static characters, but you have to remember that they remain consistent and do not have a character arc. So, it’s going to be a bit harder to highlight them in the story and even direct the reader’s attention. Here are some tips when writing static characters:

Dynamic characters go through internal changes in the story. They often go through these changes in response to a conflict, event, or a change in their circumstances. The change, however, is gradual, often spread out throughout the course of the story.

Let’s analyze Ebenezer Scrooge in A Christmas Carol by Charles Dickens. In the beginning, he was a selfish and miserable character with little empathy towards the poor, his employees, and even his family. After a visit from the three ghosts, he becomes a kinder and giving person.

What Are the Characteristics of a Dynamic Character?

Dynamic characters respond to conflict or events by changing their traits or virtue. However, how they respond can be negative or positive. For instance, in Star Wars, Anakin went through different internal changes, and, unfortunately, he responded negatively to them and ultimately became the Sith Lord.

Examples of a Dynamic Character

As mentioned earlier, dynamic characters do not always respond positively to change. Anakin Skywalker, or Darth Vader, was once a heroic Jedi, but he joined the dark side to be the Sith Lord due to his circumstances.

Harry Potter is also a dynamic character. He started as a regular boy, but he later discovered that he is a wizard and must defeat Voldemort. Another dynamic character in the series is Neville Longbottom, who starts as a shy, awkward, and cowardly student. As the story unfolds and the influence of his peers, he becomes a courageous young man, not hesitating to kill Voldemort’s last Horcrux, Nagini.

3. The Hunger Games by Suzanne Collins

Many coming out of age, young adult novels have dynamic characters, and Suzanne Collins’ The Hunger Games is no exception. Katniss Everdeen, the story’s protagonist, was only concerned with feeding her family when her father died. But when she volunteered to take her sister’s place in the annual Hunger Games, her circumstances led her to become the Mockingjay of the rebellion and be the beacon of hope throughout the Districts.

Why Do Authors Use a Dynamic Character?

How to Write a Dynamic Character

Writing a dynamic character also requires solid character development. Here are some tips to guide you on the right track:

What Is the Difference Between a Dynamic Character and a Static Character?

Tip: Most authors have their protagonists with dynamic characterization, and static is for the antagonists. However, that’s not always the case. For example, Sherlock Holmes, the protagonist in Arthur Conan Doyle’s crime fiction book series, is a static character.

If neither of these two types of characters is suitable for your book, you can also have round characters or flat characters. Once you have your characters and the initial draft of the manuscript, head on over to our guide about how to get a book published. 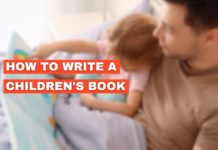 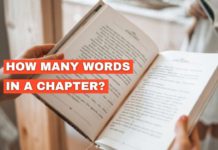 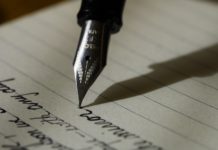 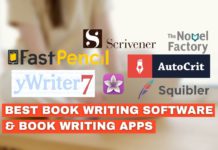