Spelling two similar-sounding words (homophones) and using them correctly can be challenging. The words smokey and smoky are no different and pose a challenge to beginners and fluent English speakers alike. 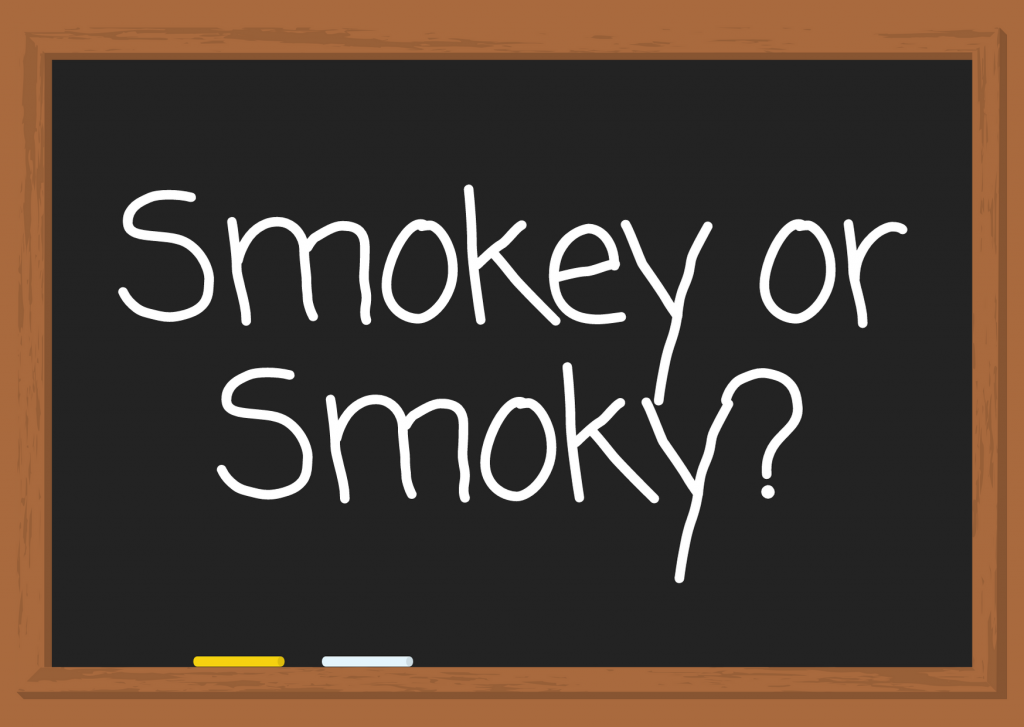 What’s the Different Between Smokey and Smoky?

First, the word ‘smokey’ is considered and often used as a noun when naming something while the word ‘smoky’ is a word used to describe the state in which smoke is in a certain building, hall or room. For example, Smokey Bear uses the spelling with an “e” because he is named “Smokey.”

On the other hand, the word smoky is an adjective and can also be used to illuminate the state in which a particular substance smells of the smoke. For instance, when used in a sentence: Is it me or did the food taste a little bit smoky? the word “smoky” is spelled without an “e” because it is describing the taste of the food.

One example that breaks both of these rules is the “Great Smoky Mountains.” Although “smoky” is a noun naming the mountains, it is also an adjective describing how the mountains look when there is fog or mist in the air. Therefore, the correct spelling is “smoky.”

The word smokey is a noun and therefore is used as the name of a person or object. So, if you wish to use the word ‘smokey’, you will not be describing how fire ravaged the building and left a cloud of smoke, but you will be making a reference to naming a particular item. The same applies to the word “smoky.” In the event you wish to use it, you will be describing the effects of fire or excess heat to a certain item or place. It can be confusing especially to writers and editors but this guide should help you distinguish between the two.