Home English Language Grammar Tips What Is the Difference Between “It’s” and “Its”?

One of the most common grammatical errors people make with written text is distinguishing between the words its vs it’s. Since they are both pronounced in the same way (and the only difference in spelling is the apostrophe), you can understand why people frequently make the mistake of using them interchangeably in written text.

The Differences Between Its vs. It’s

To understand the differences between these two words, let’s first take a look at what each of the words means individually.

What does its mean?

“Its” is a possessive pronoun that corresponds to the pronoun “it.” You use it to show that something belongs to a noun whose pronoun is “it.” Used in this way, it has the same meaning as a possessive like “my,” “her,” “his,” or “your.”

What confuses many people with “its” is that possessives usually have an apostrophe when referring to a noun or pronoun. For example, you would use an apostrophe when referring to a name such as “Jim’s socks were on the floor again last night.” Therefore, you should remember that “its” is the possessive form of the pronoun “it.”

What does it’s mean?

When it has an apostrophe (“it’s”), “it’s” means “it is” or “it has.” Such short forms are commonly referred to as contractions and they are used to simplify spoken text (they are discouraged when writing formal texts). Other examples of contractions include “where’s,” “there’s,” “here’s,” and “why’s.”

How to Remember Whether to Use It’s vs. Its

An easy way to remember which word to use is to try replacing “it is” in the sentence. If the sentence still makes sense, you should use the word “it’s.” Otherwise, use “its.”

Examples of Using It’s (The Contraction)

Below are some example sentences:

As mentioned above, to know whether your usage of “it’s” is correct, replace it in your sentence with “it has” or “it is.” If it sounds correct in either case, you have used the correct word.

Examples of Using Its (For Possession)

The following example sentences use the word “its” to refer to someone or something possessing something.

As you may have noticed, the word “its” appears ahead of the noun that it is describing.

The nouns and the possessive “its” in the examples above can be better understood by looking at them this way:

If you are still having trouble determining whether the “its” is truly possessive, use the technique we used above to identify it as a contraction to rule out the possibility.
In the examples above, to know whether the usage of each “its” in each of these sentences is correct, replace it with either “it has” or “it is” like we did with the case involving contractions. If it does not sound correct, then we have used it correctly as a possessive. 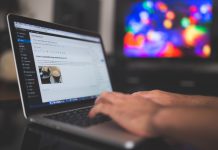