If a typical game of Wordle has gotten too boring for you, check out these great alternatives.

Nerdle is a favorite among math geeks. Instead of guessing letters, you have to guess numbers and mathematic operations.

Think Wordle is too easy? Try Quordle. You have to guess 4 words in nine guesses total. It’s definitely an added challenge to the typical Wordle competition.

Byrdle is almost exactly like Wordle except for three differences: all the words are related to choral music, the words are six letters long, and you get seven tries to guess the word instead of six. What started as a joke on Twitter went live the next day and has grown to tens of thousands of daily users since.

For globetrotters or geography nerds, there’s Worldle which gives you the shape of a country and makes you guess the name. Each guess will tell you how close in kilometers you are and which direction around the globe you need to go for your next guess. The best part of the game is autocomplete feature which doesn’t require you to know how to spell every country’s name.

Wordle for music lovers. Heardle gives you six guesses to identify a song. Your first guess is based on just a one-second sound clip of the intro. If you get it wrong, you get to hear a few more seconds. It also has an autocomplete feature in case you remember the song but not the artist to vice versa.

Similar to Wordle and a word scramble, Waffle gives you all of the letters you need for six words, but not in the right order. You have to drag and drop letters around to solve the puzzle.

Think of this game less like a “crossword” and more of Wordle in reverse. Crosswordle gives you the correct answer at the bottom and you have to work your way backwards to find what the initial guess was.

Squareword is an interesting spin on Wordle where you have to guess ten five-letter words. All of the words formed are vertical and horizontal, so the letters of the horizontal words make up the vertical as well. Additionally, you will see what letters you have guessed that are in the row, but not placed correctly. You get 15 guesses to solve the puzzle.

The New York Times, in addition to Wordle, owns another word game called Spelling Bee. It requires you to make as many words as you can with 7 letters.

Similar to The New York Times’ Spelling Bee, Wordscapes (iOS and Android) is a popular mobile game that requires you to unscramble words from a set of 5-6 letters. It’s very ad-heavy so turn off your data/wi-fi to play a less ad-heavy version. 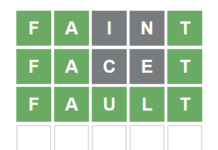 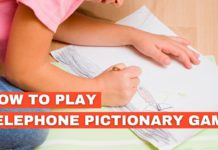