Home Editing Grammar Tips Differences Between Their vs. There vs. They’re

Their, there and they’re – these three homophones can perplex writers of any level. They all have a similar pronunciation which often leads people to use the incorrect word even though each of these words has a different meaning and spelling.

In this post, we will explain the differences and meanings of all three words and also use them in sentences. 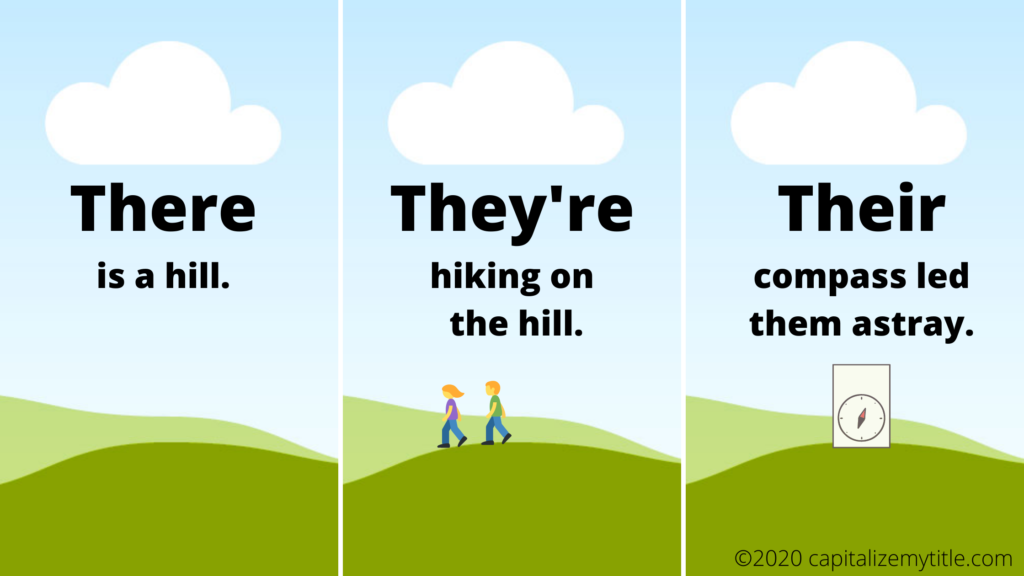 What Does “Their” Mean?

The word their is the 3rd person plural possessive pronoun, which means “belonging to them.” It is the pronoun of the subject “they.” It’s used to describe possession of a thing by two or more people.

While their is most often used as a plural, in some scenarios, it can be used as a singular. For example, if the gender or identity of the owner is unknown.

Examples of their in sentences

What Does “There” Mean?

The word there has a wide range of uses. As an adverb, there means

“in or at that place or that position.” You can remember there (adverb) for the opposite of the word, here.

The word there is also used as a pronoun to introduce a clause.

Besides this, the word there also has some special role in a formal speech. Sometimes, it is also used as an interjection to exclaim or emphasize something.

What Does “They’re” Mean?

They’re is the contraction of the phrase “they are.” The alphabet “a” from the word “are” is replaced with an apostrophe.

Examples of they’re in sentences

How to Remember The Differences Between Their, There and They’re

There are plenty of ways you can remember the differences between these three homophones. However, you can use the following easy way. You simply need to take a hint from spellings.

So these are the differences between Their, there and they’re. We hope this post eliminates all your confusion about these three homophones now.