This battery operated desk fan takes up minimal space on your desk.

With a battery that lasts up to 40 hours and sound less than 60 dB, this may just be the best value desk fan.

Features to Look for in Desk Fans

Several desk fans move air by different means other than by rotating fan blades. One of the possibilities is that of using a turbine.

Some fans rotate back and forth to increase the area affected by the fan. You often see these types of fans used when one wants to move quite a bit of air.

One thing you might not think about can be an important feature. That is the noise that the fan makes while working. There will be some noise simply from the air being moved, and this has to be accepted. But some fans are inherently loud caused by bearing noise or poor design. And some fans are whisper quiet so they wouldn’t distract you from your work.

Most desk fans are powered by 120 volt A/C current, with a power cord designed to plug into a wall outlet. But some of the smaller fans that you might consider run on batteries. Also, some fans offered are designed to run off the power in your computer, since they advertise having a USB port.

Most fans which you might consider sit in an empty space on your desk. But fans are available which clip on to something; perhaps a part of your desk or light fixture. These would likely be quite small fans that don’t move much air. They might also be considered if you work in different desk setups during the day and want to take the fan with you.

Many of the available fans look very ho-hum. Others, very attractive, look like conversation-starters.

This battery operated mini desk fan doesn’t take up any space on your desk and keeps you cool. Clip anywhere. The high quality motor generates a max wind speed 10.5ft/s. Offers high speed and low noise. The 2600mAh rechargeable battery lasts 2.5-6 hours depending on the speed.

This mini USB desk fan is made with a brushless motor that makes for a long lasting and quiet cooling experience. It includes two speed settings and allows you to rotate the blades 360 degrees.

Super quiet. The soft nylon blades quickly and quietly blow air but are safe to touch while the fan is in motion. The 2-speed control lets you control how much air flows. Tilt the head to where you want the air to flow. The 3.8 ft cable gives you plenty of clearance.

If you can afford it, the Dyson AM06 fan is a great desk fan option. It has a larger footprint compared to other desk fan options on this list, but if you have a larger desk, this shouldn’t be an issue. Dyson fans use patented Air Multiplier technology to create a powerful stream of uninterrupted airflow without fast-spinning blades making it safe for children, pets and during cleaning. The AM06 comes with a 2 year parts & labor warranty. It includes a remote with 10 precise airflow settings.

The twin turbo Cyclone-Blade technology provides maximum airflow to keep you cool anywhere and anytime. Experience cooling air circulation in any desired direction with 180 degree tilt rotation. Very small footprint on your desk which allows you to put it in a corner while still generating lots of air.

Utilizes Vornado’s signature Vortex air circulation to more effectively move all the air around you. The 2-speed manual control lets you to dial in your comfort and the 14W motor provides plenty of power. Choose from a variety of fun colors.

This retro-looking desk fan can generate a maximum wind force of 6.5 MPS, more than enough to keep you cool all day. The brown sandalwood grain and streamlined fuselage makes it more like a work of art than a fan. Customers say this feels more like a personal wind tunnel.

This rechargeable fan comes with a 2200mAh battery that can last 3-9 hours depending on the fan speed. The blue lit blades offer a nice touch if you want them to spice up your desk. An emergency light is attached to the side.

A great clip-on desk fan for those on the go. The fan offers 7.5
– 40 hours of power on one charge depending on the speed used. The charge time is only 7.3 hrs which means you can charge this every night to be ready for the next day. This fan is queit as well operating at 60 dB at the highest setting which means it also works as a great baby fan. 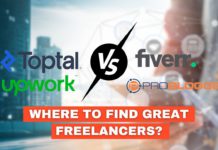 Toptal vs. Upwork vs. Fiverr vs. ProBlogger: Where to Find Great Freelancers? 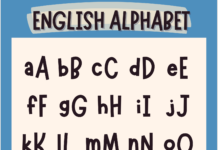 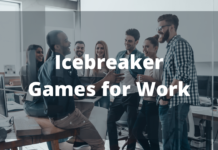 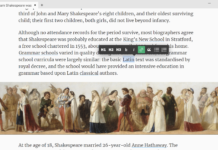 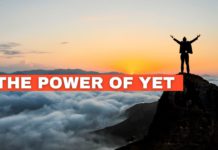 How to Say “I Hope You Are Doing Well”