Is country capitalized at all?

The answer, again, depends on the contextual use of the word in your writing.

The first, and most obvious instance of capitalizing the word “country” would be when the word comes at the beginning of a sentence (or just after a full-stop).

Since we capitalize all opening words of a sentence, the word country would find no exception if it occurred in a sentence as follows (for example):

“Country music reminds me of Texas…”

Next, you should capitalize “country” if it occurred in the title of some writing.

The title of this article is a fine example to draw from. The core principle is that in a title, the first and last words, pronouns, nouns, adjectives, adverbs, verbs and all subordinate conjunctions should be capitalized. “Country,” as a noun, would therefore qualify for capitalization in a title.

Another instance where you should capitalize the word “country” is when it is used as a proper noun.

Proper nouns range from your name to the names of days, places and even cars! Suppose there was some entity you were writing about. Should you choose to name this entity Country, you would have to capitalize that name every time it occurs. It would probably look as follows:

“We went to the old house with Cowboy and Country…”

Colons mark another potential opportunity to capitalize the word in question. Country is capitalized if it comes right after a colon. This is to be treated separately from the case with fullstops because it comes with a condition, namely, that the statement after the colon should contain more than one sentence. Consider the following extracts (the first requiring capitalisation and the second one not):

Finally, you would capitalize “country” if it came at the beginning of a quotation (given the quotation is a full sentence).

Of course, in any other context, “country” would not be capitalized and would be treated as any other noun. So is country capitalized? As you can see, it depends on where it is used. 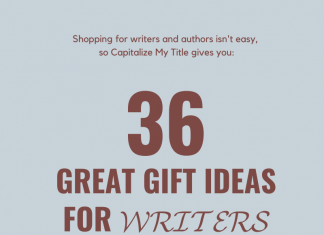 Are you looking for a gift for your favorite writer?  Whether it's for Christmas, a birthday, or something else, you've come to the right...