“Capital” is one of those words that may periodically need some looking over in terms of its capitalization, especially since it is so close to the word “capitol”. For reference, the word “capital” can refer either to an important city or town within a country or to a form of wealth owned by someone. There’s also capital letters, which is what we’ll talk about in the next paragraph in reference to when to use them when using the word “capital.” It can get a bit confusing, right? “Capitol,” on the other hand, refers to the a capitol building commonly located within a capital city. An easy way to remember the difference between these two words is that capitol has an “o” in it, which is the same shape as many circular capitol buildings.

It’s the same reason you capitalize the names of people or countries, like the name Frances or the country France. For example, if you wanted to say, “Montgomery is the Capital of Alabama,” you would capitalize the word capital. Remember, use an “a” when talking about a capital city.

If you’re talking about the capitol building, you would say “The Capitol Building of Alabama is located in Montgomery.” However, if you want to talk about capitals more generally, you don’t need to use capitalization. For example, if you wanted to say, “The United States has many capital cities,” you would not capitalize the word capital.

See if you can identify why we have or have not capitalized the word “capital” in the following sentences:

Let’s review. “Capital” is different from “capitol.” The only time you capitalize “capital” is when you are referring to an individual capital city. 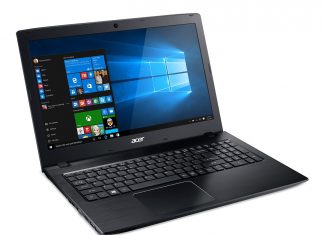 Are you wondering what the best laptop for a writer is? Or just browsing laptop possibilities? You have come to the right place. As a web tool catered to writers of all kinds, we are uniquely able to tell you which laptops are best for writers. With each laptop review, we will also tell you for what writing the laptop is suited, be it for writing books, novels, notes, business proposals, etc.