Home Blog English Language How Many Letters Are There in the Alphabet?

In this post, we will discuss the alphabet of some popular languages across the globe and find out how many letters they include. So without further delay, let’s get started.

How Many Letters Are in the English Language?

English is one of the widely spoken languages worldwide, with over 1.5 billion speakers. These letters can be both in uppercase and lowercase.

What Are the Most Popular Letters in the English Language?

The most popular letters in English (in order of popularity) are: ETAOIN SHRDLU.

Here is a table listing the numbers of each letter. Letter numbers and offset letter numbers are frequently used in basic cryptography. 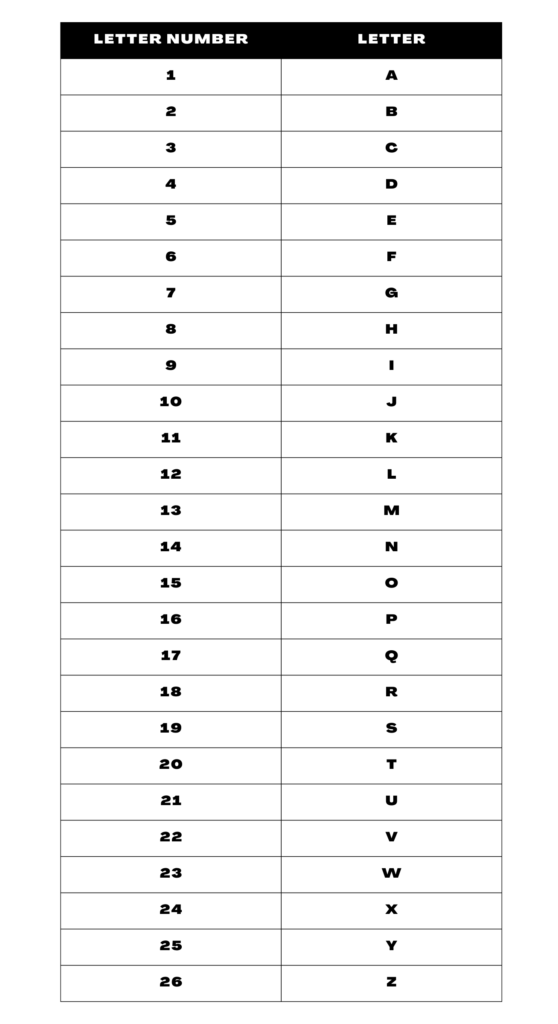 How Many Letters Are in the French Language?

The French alphabet has 26 letters since it’s based on the Latin alphabet. Since French and English are closely related, their alphabets use the same 26 letters.

We all know French is a Romance language of the Indo-European family. It is the official language of 29 countries and spoken across multiple continents.

While there are some accent marks such as è, é, or ç, that make the difference, they’re just modifiers, not additional letters.

How Many Letters Are in the German Language?

Germans use the same 26 letters that English uses despite some pronunciation and formatting differences. German is spoken mainly in Central Europe, the German language follows the same alphabet as English.

In addition to 26 letters, there are four more letters in the German language: ä, ö, ü, and ß. However, they are not part of the alphabet. The extra letters are known as “umlautes” create a sharper sound.

How Many Letters Are in the Spanish Language?

How Many Letters Are in the Italian Language?

The Italian language uses a variant of the Latin alphabet comprising 21 letters. The Italian alphabet (alfabeto Italiano) shares the English alphabet, but they are not pronounced in the same way.

The missing letters in the Italian alphabet include:

However, these letters appear in words adopted from a foreign language. Like the English language, the Italian alphabet also has five vowel letters (a, e, i, o, u) out of which only “a” represent one sound value while each of the others has two.

How Many Letters Are in the Hebrew Language?

The Hebrew language uses a different alphabet than English. Its alphabet is known as square script, blocks script, or Jewish scrip and has 22 letters. Unlike the English language, it is written from right to left.

Hebrew is spoken by more than 9 million people in Israel, Brazil, Canada, France, Germany, France, and Australia. The language is native to Israel; therefore, classified as the language of the Israelites. It also belongs to the West Semitic branch of the Afroasiatic language family.

Like early Semitic alphabetic writing systems, Hebrew has no vowels.

Letters of the Hebrew Alphabet

How Many Letters Are in the Greek Language?

The Modern Greek alphabet has 24 letters, ordering from alpha to omega. The Greek alphabet is utilized to write the Greek language, which is native to Greece, Cyprus, Albania, and some parts of the Eastern Mediterranean and the Black Sea. The early Greek alphabet was derived from the Phoenician alphabet. However, by the end of the 4th century BC, the Euclidean alphabet became standard, which is still used to write Greek today.

All 24 letters for the Greek alphabet include:

How Many Letters Are in the Arabic Language?

There are 28 letters in the Arabic alphabet. Below are the letters in order.

How Many Letters Are in the Chinese Language?

You will be surprised to know that the standard Chinese writing system doesn’t use any alphabetic script; instead, China has a Pinyin system that uses characters.

There are more than 100,000 Chinese characters, and it is almost impossible to count them all precisely. However, the number of useful characters is between 3,000 to 6,000. Most words require two characters. For example, the word “house” is written like 屋(Wū).

How Many Letters Are in the Korean Language

How Many Letters Are in the Japanese Language?

Hiragana and Katakana each have 46 primary characters.

While the Kanji comprises pictograms, which originated from China, Katakana and Hiragana represent sounds.

How Many Letters Are in the Russian Language?

The Cyrillic alphabet was introduced in 988 AD, during its conversion to Christianity. The script is named after Byzantine monk and scholar Cyril (827 – 869 AD), who created the first Slavic writing system with his brother Methodius in the 2nd half of the 19th century. They translated the Bible and other Christian manuscripts into the Slavic languages.

So this is the letter count of some of the popular alphabets across the world.

Adverse vs. Averse: What’s the Difference?

Everytime or Every Time: What’s the Correct Spelling?

Peek vs. Peak: What’s the Difference?