Does your 6th grader love to read books? There are so many good books for sixth graders (children ages 11-12) that not just give reading pleasure but also develop children’s imagination. Below, we have put together some highly-recommended books for kids who are in 6th grade.

Written by Eoin Colfer, Artemis Fowl is the 1st book in the Artemis Fowl series. It’s the story of Artemis Fowl who is no regular kid. This 12-year old boy is an evil genius who has high-tech toys. He finds a world of dangerous and high-tech fairies below ground. He manages to kidnap a fairy for a hefty sum of gold, but he underestimates the powers of fairies and triggers a cross-species war.

Colfer is the New York Times best-selling author of 8 books in the Artemis Fowl series. It’s an ideal series for kids who are bored with stories of old elves and fairies.

The Hunger Games by Suzanne Collins is a dystopian (fictional writing that explores political and social structures in the dark). It is written in the voice of 16-year Katniss, who lives in Panem, a shining capital encircled with 12 districts in North America. The capital, Panem keeps all the districts in control by compelling them to send one boy and girl between the ages of 12-18 to take part in the yearly Hunger Games on live T.V.

Katniss considers it no less than a death sentence. She takes her sister’s place in the Game, but if she is to win, she would have to start making decisions that compare life against love and survival against humanity.

Uglies is a science fiction novel written by Scott Westerfeld. The story of the novel is set in a future world in which everybody is considered an “ugly,” but then turned into “pretty” by cosmetic surgery at the age of 16. However, Tally Youngblood rebels against society’s conformity when her friends David and Shay show her the downsides of becoming pretty using cosmetic surgery. The novel Uglies challenges society’s obsession for physical beauty and deals with themes of physical and emotional change. The book tells readers the truth about life as a pretty means.

H.I.V.E is the series of science fictions by Mark Walden. H.I.V.E. is a secret school inside an active volcano. The school has been formed to train kidnapped children to become criminal masterminds. All the kids are highly athletic and technically advanced. Otto Malpense is a 13-year old boy who has been picked along with other athletics to be part of H.I.V.E. comes to know that this is a 6-year program, and leaving is not an option.

With the help of other students, Otto escaped from H.I.V.E. The series is full of adventure, suspense, action, and cool gadgets that will engage children.

Wringer is a Newbery Honor Book for children by Jerry Spinelli. The story of the Wringer revolves around Palmer LaRue, who lives in Waymer. Turning ten is one of the significant events of a boy’s life, but for LaRue, it is not something to look forward to, instead something to fear. In Paul’s town, when a boy turns 10, he becomes “Wringer.” A wringer job is to squeeze and twist the neck of birds killed by hunters. While it is an honor to be Wringer for most boys, Paul hates even the thought of hurting birds, especially after he fetches up with a pet pigeon. Becoming a wringer is a tradition in a town that passes down from father to son. He knows he can’t stop himself from being a wringer just like he can’t stop himself from turning ten, but he decides to take a stand against this tradition. It’s a beautiful story of bravery and love for animals.

The Uncorker of Ocean Bottles

Written by Michelle Cuevas the Uncorker of Ocean Bottles is full of fantasy. It’s a story of a man who is employed for a highly important job that is to find bottles at sea and check if they have any letter. While he loves his duty, he longs that someday, one of the letters would be addressed to him. One day he receives a party invitation letter with no name attached.  Since he dedicates himself to the mystery of the planned recipient, he winds up discovering more special: the chance of new mates.

Roller Girl is another Newbery Honor Award winner novel in the list, written by Victoria Jamieson. This graphic novel is about a girl named Astrid who falls in love with roller derby and signs up for derby camp while her childhood friend Nicole chooses to go on dance camp instead of derby camp. For almost 12 years, they had been together, but now it is a tough time for Astrid. She finds it challenging to form friendships with older girls at camp. However, as her first derby bout comes closer, she realizes that she is strong enough to manage the match, lost friendship, and her school altogether.

This book is going to be an excellent motivation for 6th graders to deal with their challenges.

A Series of Unfortunate Events

Are you made fainthearted by death? Does fire unnerve you? Is a villain something that might crop up in future nightmares of yours? Are you thrilled by nefarious plots? Is cold porridge upsetting to you? Vicious threats? Hooks? Uncomfortable clothing?

It is likely that your answers will reveal A Series of Unfortunate Events to be ill-suited for your personal use. A librarian, bookseller, or acquaintance should be able to suggest books more appropriate for your fragile temperament. But to the rarest of readers we say, “Proceed, but cautiously.”

Set during World War 2, The Green Glass Sea is an ambitious, carefully researched novel by Ellen Klages. An 11-year-old Dewey Kerrigan takes a journey to the west on a train to live with her dad, who is a scientist. However, no one tells her rightly where he is. When she reaches to New Mexico, she comes to know that his father is working on a top-secret government program. Dewey spends the summer with his father, who is working on a gadget with a team of other scientists. The gadget is the first nuclear bomb. The novel ends with a test bomb explosion in White Sands. 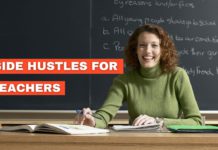 Side Hustles for Teachers – Earn Extra Money for a Few Hours of Work! 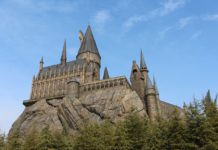 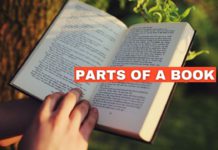 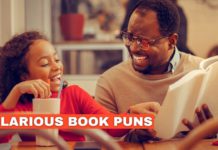 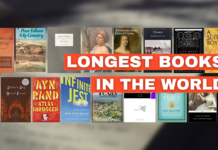