Home Uncategorized Semi-annual vs Bi-Annual: Which Should You Use?

Semi-annual vs. bi-annual have nearly identical meanings that it can be head-scratching to know which one to use. In this article, we’ll teach you the differences between these two confusing terms and the best choice when describing something that happens twice a year.

What Does Bi-Annual mean?

Biannual is an adjective with two possible meanings. Depending on the context, it can mean either “happening twice each year” or “happening every other year.” According to the Merriam-Webster dictionary, you can adequately use biannual to refer to the frequency of occurrence.

When to Use Bi-Annual?

You should use the term “bi-annual” to refer to an event that occurs every other year. Often, you will find competitions, contests, special events, or performances using “bi-annual” rather than semi-annual.

However, keep in mind that you can also use “bi-annual” to refer to something that happens twice a year. In this case, you won’t imply exact timing or if an event occurs precisely six months apart.

Examples of Using “Bi-Annual” in a Sentence

What Does Semi-Annual Mean?

Like biannual, semi-annual also means “happening twice each year.” However, semi-annual is slightly more specific than biannual. This is because its prefix “semi” exactly pertains to half. So, if you have a “semi-annual” event, it means there is a six-month gap between the two.

When to Use Semi-Annual?

“Semi-annual” is more commonly used in contexts where the specific timing is essential, such as in the fields of law, education, or business. “Semi-annual” emphasizes the regularity of the occurrence: within one year, the semi-annual thing will happen twice, at six-month intervals.

Examples of Using Semi-Annual in a Sentence

What Is the Difference Between Biannual and Semiannual?

The meanings of these words are so identical that many questions if there’s a difference between semi-annual vs. bi-annual.

Many resources on grammar and writing concede that these terms are so similar that you can use them interchangeably. However, there are some subtle differences between the context and implications of the words.

The main difference between something that happens biannually vs. semiannually is the time between the events during the year.

In summary, anything that happens twice a year without exact timing, you should use “bi-annual.”

Use “semi-annual” if an event occurs precisely six months apart during the year.

You also should know that “bi-annual” can also mean something that happens every other year, whereas semi-annual only has one meaning.

The Trick to Using Semi-Annual vs Biannual

Although you can often use either semi-annual or bi-annual, a good trick for remembering their differences is to look at the meanings of each prefix.

The prefix “bi” means “two” or “twice.” So, anything that happens two times per year regardless of the time between the occurrences is biannual.

On the other hand, the prefix “semi” means “half.” So, if you are attending an event held semi-annually, it happens once in each half of the year – about every six months – for a total of two times per year.

Whenever you refer to an event that occurs twice a year, you can interchangeably use bi-annual vs. semi-annual. But for clarity, or if you know the occasion occurs every six months, you should use the word “semi-annual.”

Also, remember that “bi-annual” has a second meaning; it can also signify an event that happens every other year.

So, to answer “semi-annual vs. bi-annual, which one to use,” You can effectively choose between the two words based on whether the timing of the occurrences is a relevant factor. 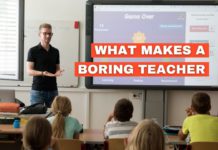 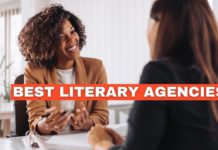 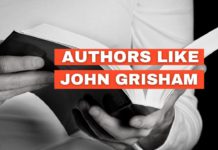 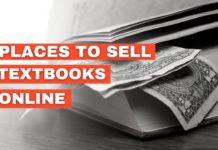