You probably came here because you aren’t sure which spelling is correct: center or centre. The truth is, both spellings are correct and it really depends on which English, British or American, you are writing for. Read on to learn what the differences are.

What’s the Difference Between Center and Centre?

There is no difference between the word centre and center. “Centre” is the preferred spelling in British English and other varieties of English outside the U.S., while “center” is the preferred spelling in American English. Depending on the audience, there are particular situations when either center or centre might be appropriate. However, most people do make differences when applying the two words. For example, some may opt to treat centre as the term representing the middle point of something, and center as the term representing an institution or a place.

When to Use Center in American English

Center can be used either as a verb or a noun.

As a verb: Center means to revolve around a topic, to find a middle, or to position in the middle of a predetermined area. Here are examples:

1. Most questions in animal ethics center on definitions of personhood.

2. For effective yoga practice, you must center yourself in the present moment

As a noun: Center refers to a type of organization like a research center, a shopping mall, a building, or facility. It can also refer to the exact middle of something. Here are examples:

1. At the center of my chocolate cake, there was a candied cherry.

2. Dr, Kevin works at the Center for Disease Control as a researcher.

When to Use Centre in British English

1. Tesco is shutting two of its distribution centres in a move that will see massive layoffs.

2. You can centre your drilling bit by turning it backward on the holes marker.

How to Always Remember the Difference

Is it centre or center? Centre and center are the same word but with two spellings. The two words have a range of meanings, as both a verb and a noun. “Centre” is the correct British spelling, while “center” is the correct American spelling. Since the word “centre” ends with ‘re’, it can be easy to preserve the word Centre for British Audiences. 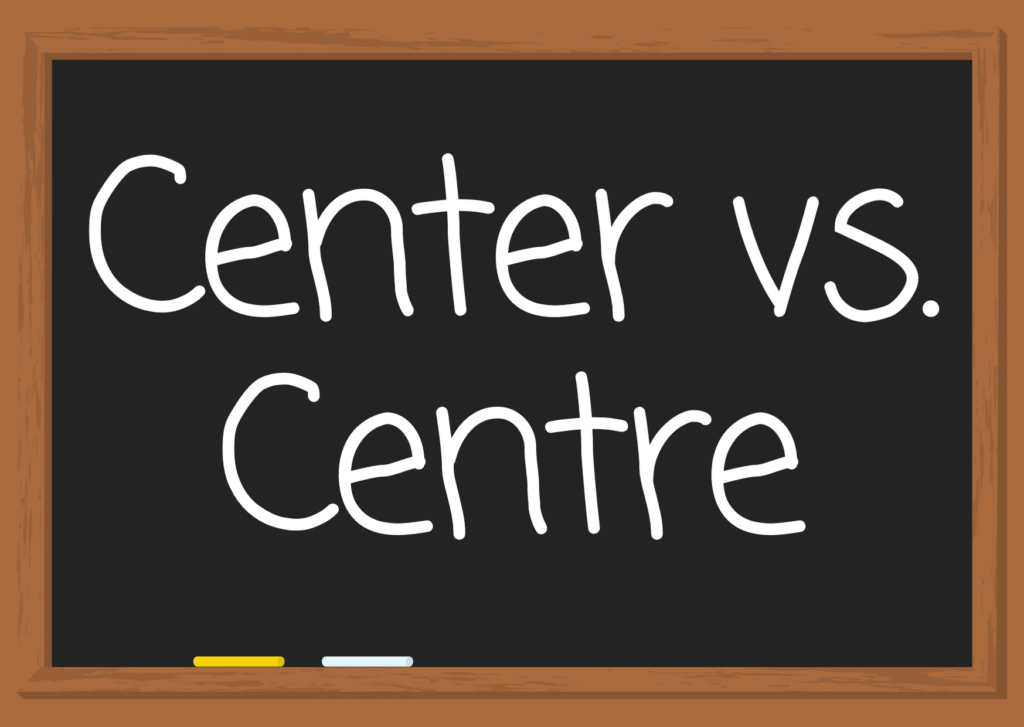 Adverse vs. Averse: What’s the Difference?

Everytime or Every Time: What’s the Correct Spelling?

Peek vs. Peak: What’s the Difference?