Home Books Similar Books Books Like The Alchemist for Self-Discovery

“When you want something, all the universe conspires in helping you to achieve it.”

This is just one of the many nuggets of wisdom in Coelho’s The Alchemist. But what happens when you’ve turned the final page? These 11 books like The Alchemist shares the same theme for inspiration and self-discovery.

We are not going in circles. We are going upwards. The path is A spiral; we have already climbed many steps.

Defined by its “quest for knowledge,” Siddhartha is named after its main character, a wealthy Indian man who decides to give up the trappings of his life and go on a pilgrimage of enlightenment. He encounters a number of both practical and spiritual challenges along the way, and he meets characters who share a diverse range of ideas, opinions, and insights that stem from their own unique perspectives. If you’re looking for novels like The Alchemist that will get you thinking, Siddhartha is one to ponder. 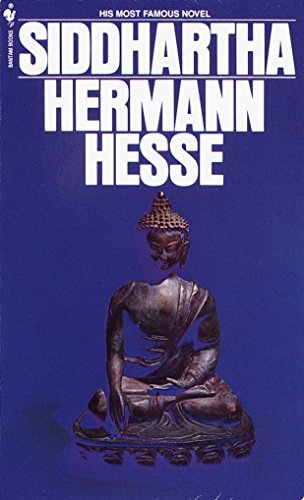 2. The Book of Mirdad: The Strange Story of a Monastery Which Was Once Called the Ark

How much more infinite a sea is man? Be not so childish as to measure him from head to foot and think you have found his borders.

The Book of Mirdad is written from the point of view of an abbot in a monastery. The monastery is special because it was built on the spot where Noah’s ark finished its voyage after the great flood. The abbot, a wise but simple man, shares with his disciples a number of lessons about life, love, age, repentance, forgiveness, and the possession of earthly goods. It has less of a “story” than The Alchemist, but it’s very much its spiritual successor, and you can learn a lot if you’re willing to hear some hard truths and adjust your perceptions of the world around you. 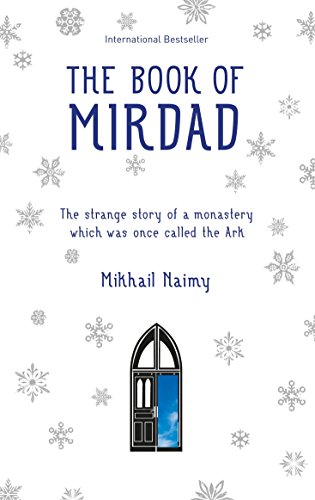 3. One Hundred Years of Solitude

“Things have a life of their own,” the gypsy proclaimed with a harsh accent. “It’s simply a matter of waking up their souls.”

A classic choice for book clubs, One Hundred Years of Solitude by Gabriel García Marquez is considered one of the seminal works of Hispanic literature, and one of the best books The Alchemist. It’s a sprawling epic that follows seven generations of the same family after they build their own city beside a river. The place is meant to be an isolated, utopia-like “city of mirrors” that reflects the truth of the world around it, but conflicts, politics, prophecies, and other strange and complex matters start to interfere. Ultimately, One Hundred Years of Solitude is a novel that will make you think. 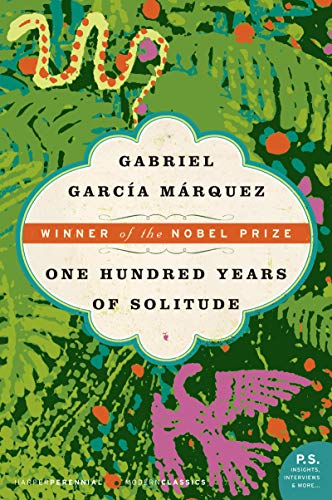 It is true that those we meet can change us, sometimes so profoundly that we are not the same afterwards, even unto our names.

The best books like The Alchemist will also have an adventure component. And, it doesn’t get more adventurous than surviving on a lifeboat with a full-grown tiger for company! This is the central dilemma in Life of Pi, a fantastical, fairytale-like story about a young man’s struggle to survive impossible circumstances, but it’s not the only reason to read the book. It’s also quite philosophical and thought-provoking. 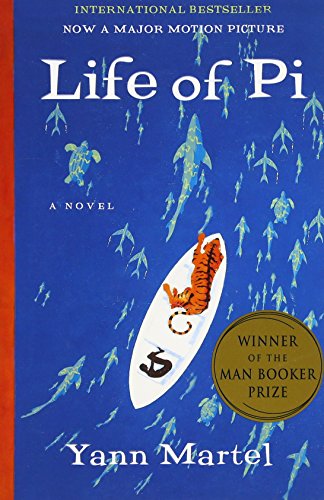 Don’t believe what your eyes are telling you. All they show is limitation. Look with your understanding. Find out what you already know and you will see the way to fly.

Originally published in 1970, Jonathan Livingston Seagull is a remastered version of an old fable. It follows the story of an anthropomorphic seagull who wants to learn how to fly, but this ambition puts him at odds with his suspicious, small-time community. If you’ve ever felt the sting of being an outcast, especially because of your dreams, you might be surprised to find yourself relating to this seagull. 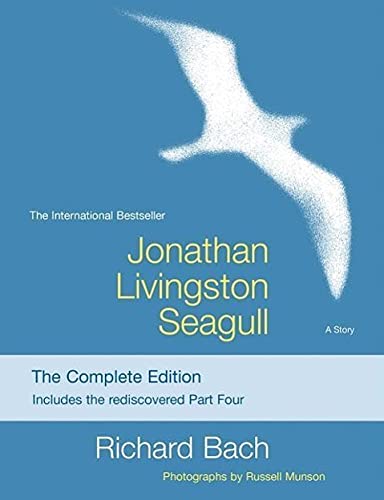 Some feelings sink so deep into the heart that only loneliness can help you find them again. Some truths are so painful that only shame can help you live with them. Some things are so sad that only your soul can do the crying for them.

At more than 900 pages, Shantaram is a doorstopper epic about an Australian convict who escapes prison and flees to India. Even more incredibly, it’s based on the author’s life! If you enjoyed the vivid sights, sounds, and smells depicted in the ever-changing landscapes of The Alchemist, you might like this novel as well. It has a similar travelogue feeling even as it asks deep questions about the nature of mankind. 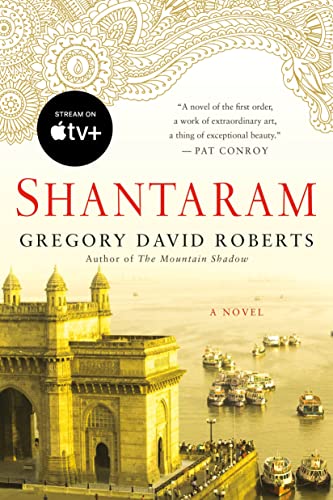 7. The Monk Who Sold His Ferrari

“I’ve learned that everything happens for a reason,” the yogi Krishnan told him. “Every event has a why and all adversity teaches us a lesson… Never regret your past. Accept it as the teacher that it is.”

Based on a fable, The Monk Who Sold His Ferrari is the kind of book that tackles tough existential questions while telling an engrossing story about a lawyer who experiences a series of life-changing epiphanies. Of the many books like The Alchemist, it’s one that closely captures the spirit of the original even as it tells an entirely different tale. Whether you want to learn about self-discipline, emotional intelligence, or learning how to purposefully and productively question yourself, this could be a great guide for you. 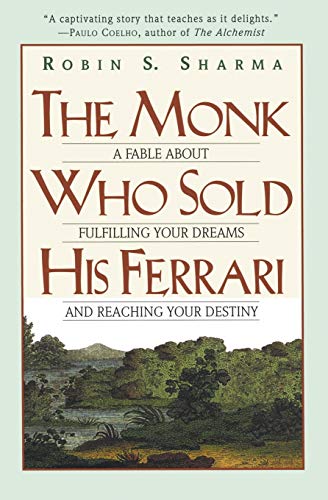 8. The Greatest Salesman in the World

I am here for a purpose and that purpose is to grow into a mountain, not to shrink to a grain of sand.

Powerful and life-affirming, The Greatest Salesman in the World is about a rich old man trying to find a worthy successor for his secrets to success. He was once a poor camel boy who worked his way up, and he only wants to pass on his knowledge to someone who can appreciate it, harness it, and learn from it. Is that person you? Dare to crack open the scrolls of truth with this inspirational and introspective novel. 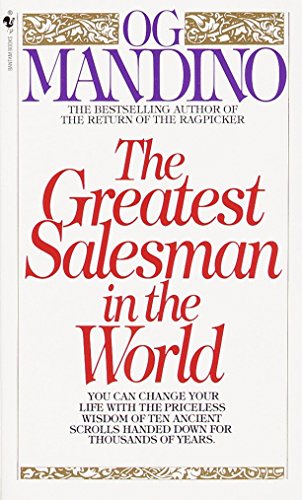 The Celestine Prophecy is a spiritual self-help book disguised as an adventure story. On the surface, it’s about a man trying to connect to the divine by working his way through nine philosophical insights from an ancient Peruvian text. At its heart, however, it’s about life, energy, souls, and connectivity to the entirety of human consciousness. If you weren’t afraid of the more high-concept thoughts in The Alchemist, this is the novel for you. 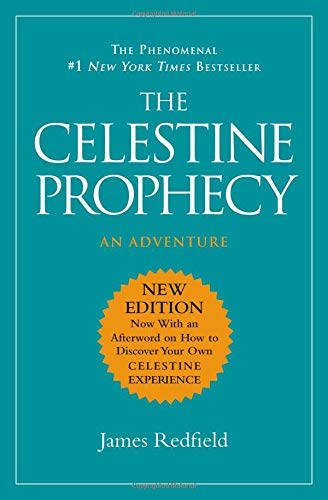 ALS. It’s a death sentence, and it’s the fate of a retired college professor in Tuesdays with Morrie. After his former student tracks him down, they spend the final months of his life meeting every Tuesday and talking about luck, love, loss, and other important things. Some chapters are humorous; some chapters are moving. All share a kind of gentle nudge for you to see your life for what it really is and not waste it on shallow or trivial pursuits. 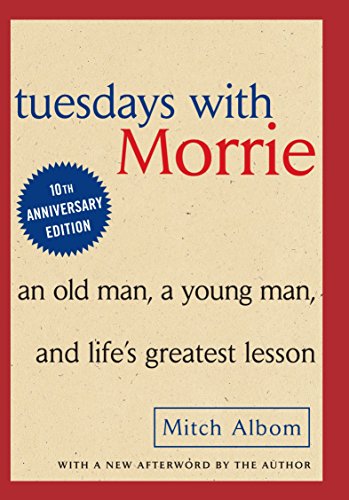 You talk when you cease to be at peace with your thoughts.

The Prophet was written by Kahlil Gibran, a lifelong friend of Mikhail Naimy, the author of The Book of Mirdad. There are also similarities in its premise: Rather than being a grand novel full of quests and treasure, it’s a collection of intelligent, thoughtful essays that invite you to think deeply about the world and your place within it. If you enjoy pensive books that leave a lasting impression on you, consider The Prophet. 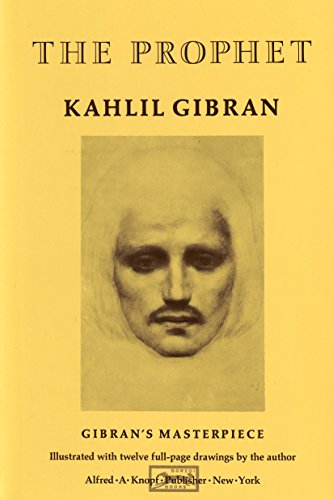 Books like The Alchemist come in all shapes and sizes. Some have similar themes of travel, adventure, and danger; others share a greater sense of philosophy and self-discovery. Good luck!