Romance novels are a popular and enduring literature genre that explores love, relationships, and personal growth. It can also cover many themes, from classics, historical fiction, fantasy, and paranormal romance to vampirism. The best part? The best romance novels are swoon-worthy and a must-read even when it’s not Valentine’s day.

1. Vision in White by Nora Roberts

Vision in White is a romance book by Nora Roberts, published in 2009. It is the first book in the “Bride” series, which follows the lives and loves of four close-knit friends as they navigate their way through relationships and career challenges.

The main character of Vision in White is Mac, a wedding photographer struggling to balance her professional and personal life. When she meets Carter, a handsome landscaper, she falls for him despite her reservations about getting involved in a new relationship.

The novel is a heartwarming and emotional love story that explores the complexities of modern romance. It has received praise for its well-developed characters and engaging plot and has become a fan favorite among readers of romance novels. 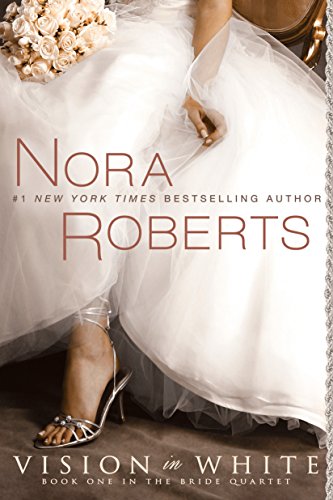 2. The Kiss Quotient by Helen Hoang

The Kiss Quotient is a 2008 romance novel by Helen Hoang. It tells the story of Stella Lane, a successful economist struggling to find love and connection despite her intelligence and outstanding career.

To better understand the complexities of romance, Stella hires a male escort named Michael Phan. As they spend more time together, Stella and Michael develop real feelings for each other and must navigate the challenges of falling in love while trying to keep their arrangement a secret.

The Kiss Quotient has received widespread acclaim for portraying a realistic and complex relationship between two people who are learning to be vulnerable and open with each other. It has been praised for its nuanced and relatable characters and honest and emotionally resonant portrayal of love and intimacy. 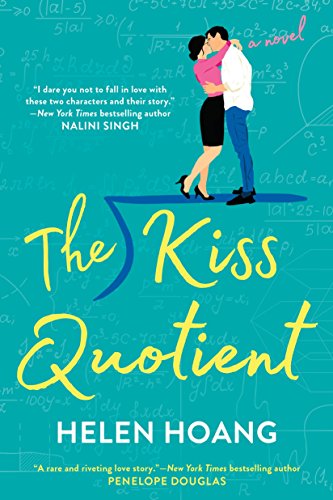 Leo Tolstoy’s Anna Karenina follows the life and relationships of Anna Karenina, a high-society woman in late 19th-century Russia, as she struggles to find happiness and fulfillment within the confines of her society’s strict moral and social codes.

As Anna defies the expectations placed upon her and pursues an affair with the handsome Count Vronsky, she faces ostracism and scandal, ultimately leading to her tragic downfall.

The novel is a multilayered work exploring love, marriage, infidelity, family, and social themes. It is known for its vivid and nuanced portrayal of its characters and the society in which they live. 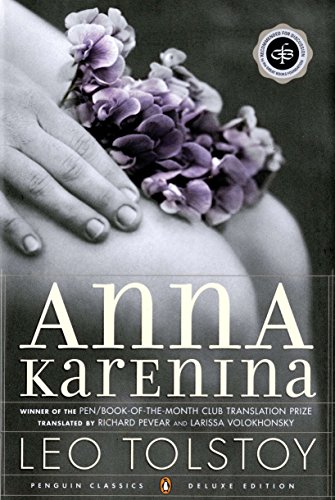 4. The Notebook by Nicholas Sparks

The Notebook tells the story of Noah and Allie, two young lovers separated by their families and societal expectations in the 1940s. Despite their challenges, Noah and Allie never forget each other.

The Notebook is a poignant and emotionally powerful love story that explores the enduring nature of true love and the transformative power of forgiveness. 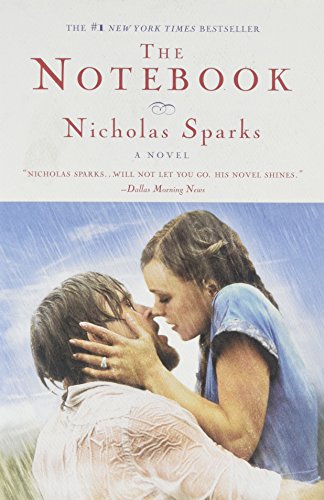 5. The Hating Game by Sally Thorne

Sally Thorne published The Hating Game in 2016. This romance novel tells the story of Lucy Hutton and Joshua Templeman, two coworkers who are constantly at odds with each other in the office but can’t deny their intense attraction. As they engage in a playful and sometimes contentious battle for supremacy, they realize their feelings for each other may be more profound than they initially thought.

The Hating Game is a witty and engaging love story that explores the dynamics of workplace romance and the push and pull of attraction. It has received widespread acclaim for its relatable and well-developed characters and sharp and clever writing. 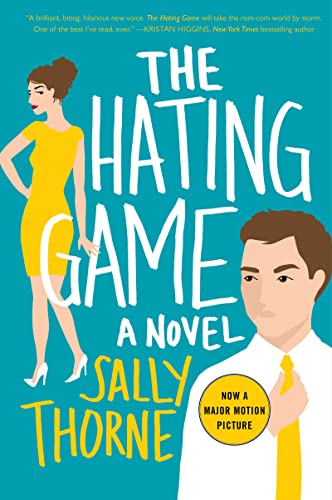 The novel features Eva and Shane, who meet at a literary event and instantly fall in love, but they’ve kept it a secret. The love between Eva and Shane not only awakens their buried traumas but also shocks NY Black literati. The duo pretends all is well, but they cannot admit they have been writing to each other in their books since the first time they met.

The couple reconnects within the seven days of Summer in Brooklyn, but Eva cannot trust Shane not to break her heart again. The novel is sensual, warm, and humorous, exploring the themes of Black lives, conditions of modern motherhood, and the results of motherlessness. 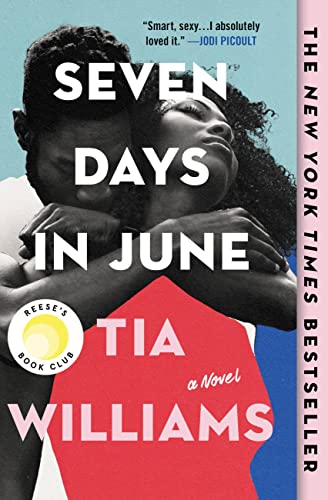 Lover Awakened is part of the “Black Dagger Brotherhood,” a 21-book series set in a world of vampires and other supernatural beings. It follows the story of Zsadist, a tortured and scarred vampire warrior who has vowed never to love again, and Bella, a human who is drawn to him despite his complex personality and dark past.

As they work to overcome their differences and the challenges that stand in their way, they fall in love and fight to protect each other from danger. 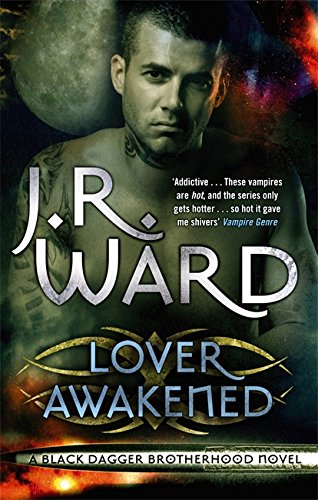 8. Things We Never Got Over by Lucy Score

Knox Morgan hates drama. He prefers his coffee alone. In the novel, Naomi is not only running away from his husband to be but also going to rescue her twin, Tina. Unbeknownst to Naomi, Tina has never changed. She escapes with Naomi’s car and cash, leaving behind her 11-year-old daughter, whom Naomi had no idea about. Knox has to help Naomi escape trouble, and as soon as Naomi is settled, he reverts to his solitary life. The novel explores sibling rivalry, friendship, and complications of adoption. 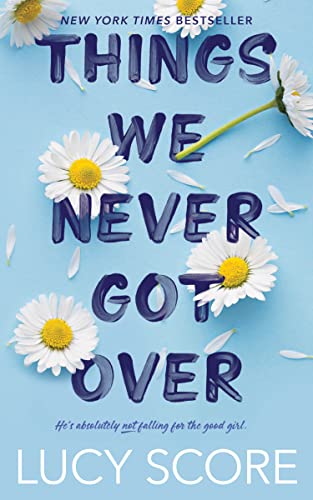 Angel’s Blood is the first in the “Guild Hunter” series and features a romance between an angel and a human. It is set in a world where angels and vampires exist and follow the main character, Elena Deveraux, as she becomes embroiled in the dangerous world of the supernatural. Angel’s Blood is a good choice if you enjoy paranormal romance novels with action and adventure elements. 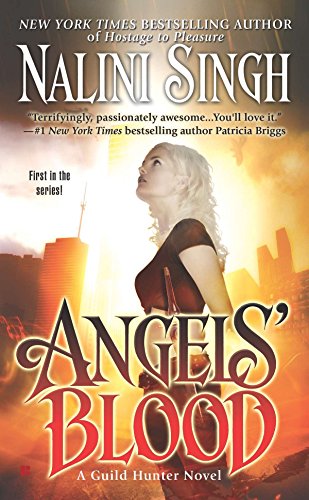 Perfect Chemistry by Simone Elkeles is a famous young adult romance novel and the first book in the “Perfect Chemistry” series. It follows the romance between two high school students, Brittany Ellis and Alex Fuentes, who come from very different backgrounds. Brittany is a popular, wealthy student, while Alex is a Latino gang member. Despite their differences, the two characters are drawn to each other and must navigate the challenges and obstacles that come with their relationship. 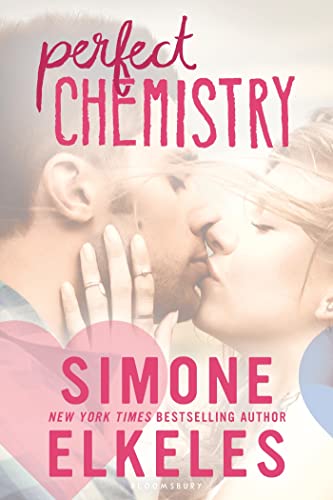 Jane Eyre is a classic romance novel that has been widely popular and critically acclaimed since its publication in 1847. The book tells the story of Jane Eyre, a young woman who becomes a governess at the mysterious Thornfield Hall and falls in love with its owner, Mr. Rochester. However, their relationship is complicated by secrets from Rochester’s past and the interference of others.

Jane Eyre is a deeply emotional and compelling tale of love and self-discovery, with complex and fully realized characters and a richly detailed setting. 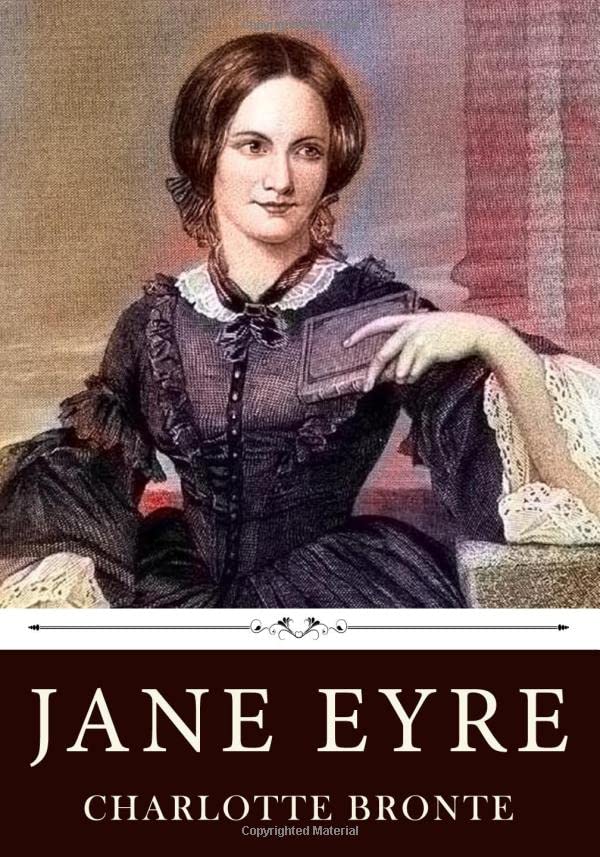 Outlander is the first book in the “Outlander” series by Diana Gabaldon. In Outlander, Claire is transported back to 1743 Scotland, where she meets and falls in love with Jamie. However, their relationship is tested by the dangers and conflicts of the period, as well as Claire’s struggle to return to her own time. 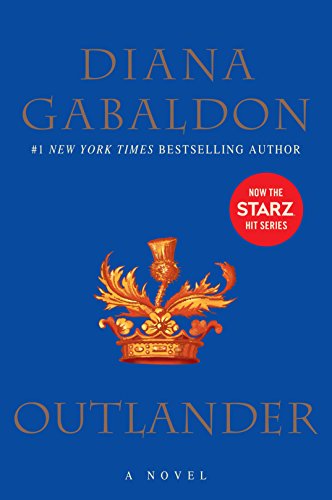 Voyager by Diana Gabaldon is the third book in the “Outlander” series. The series follows the romance between Claire Randall, a 20th-century nurse, and Jamie Fraser, an 18th-century Scottish warrior, as they travel through time and face various challenges and adventures.

Voyager continues the story of Claire and Jamie as they build a life together in the 18th century and face new challenges, including political intrigue and Jamie’s involvement in the Jacobite rising. 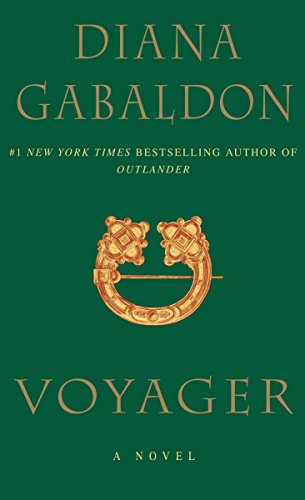 Twilight is a young adult romance novel by Stephenie Meyer. The book is the first in the “Twilight” series, which follows the romance between a teenage girl, Bella Swan, and a vampire, Edward Cullen. Twilight is set in the small town of Forks, Washington, where Bella moves to live with her father. There, she meets Edward, a mysterious and attractive boy who is a vampire. Despite the danger and difficulty of their relationship, Bella and Edward must navigate the challenges that come with their love. 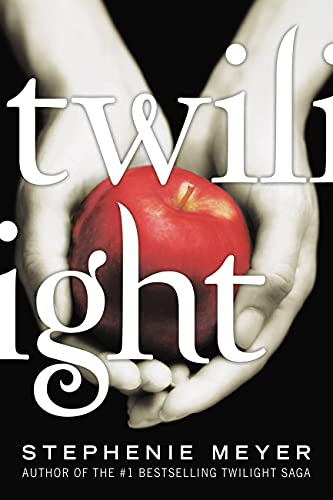 15. Secrets of a Summer Night by Lisa Kleypas

Secrets of a Summer Night is a historical romance novel by Lisa Kleypas. The book is the first in the Wallflowers series, which follows the romances of four young women in 19th-century England. Secrets of a Summer Night focuses on the romance between Anna Hathaway, a young woman determined to find a husband, and the handsome and mysterious Simon Hunt, considered a “rake” by society.

As Anna and Simon get to know each other, they discover a strong connection. Still, their relationship is complicated by the expectations of society and their struggles. Secrets of a Summer Night is a well-written and engaging romance novel that has received positive reviews from many readers. 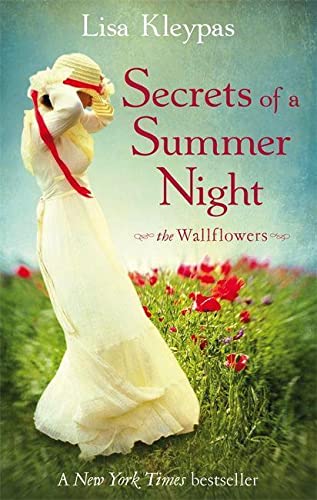 16. An Unseen Attraction by K.J. Charles

An Unseen Attraction is a historical romance novel by K.J. Charles. The book is the first in the Society of Gentlemen series and follows the romance between two men, Lord Richard Vane and Captain James Audley, who are both struggling with their demons. Lord Vane, a member of the aristocracy, is haunted by a dark secret from his past, while Captain Audley is a war hero struggling with the aftermath of his experiences on the battlefield.

Despite their differences and challenges, Vane and Audley are drawn to each other. They must navigate the expectations of society and their struggles as they try to build a life together. An Unseen Attraction is a well-written and emotionally compelling romance novel that has received positive reviews from many readers. 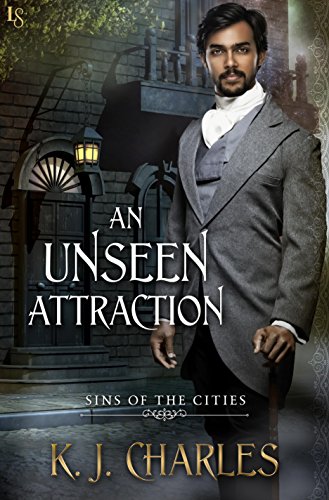 17. The Bride Test by Helen Hoang

The Bride Test is a contemporary romance novel in the “Crazy Rich Asians” series. It follows the romance between Khai, a Vietnamese-American man with autism, and Esme, a Vietnamese woman struggling to make a better life for herself and her daughter. Khai’s mother arranges for Esme to come to the United States to see if she is a suitable bride for her son.

Still, as Esme and Khai get to know each other, they realize that they have a strong connection and must navigate the challenges and expectations of their cultural backgrounds as they try to build a relationship. The Bride Test is a heartwarming and romantic novel that deals with important themes of family, identity, and love. 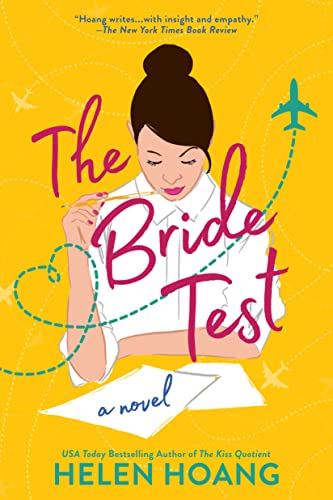 Alexis Hall’s A Lady for a Duke is a historical romance book part of the “Forgotten Princes” series. It follows the romance between Nathaniel, the Duke of Thornley, and Olive; a woman forced to become a courtesan. Nathaniel and Olive meet when Nathaniel hires Olive to pose as his fiancée to fend off the advances of an unwanted suitor. As Nathaniel and Olive spend more time together, they realize they have a strong connection. 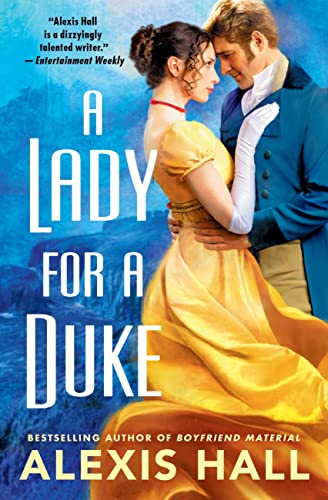 19. Pride and Prejudice by Jane Austen

Pride and Prejudice is one of the best books of all time. It follows the romance between Elizabeth Bennet, a strong-willed and intelligent young woman, and Mr. Darcy, a wealthy and handsome man who is initially cold and aloof. The book is set in early 19th-century England and deals with themes of love, marriage, and social class. The novel is known for its well-developed characters, wit, and social commentary and has become one of the most beloved romance novels. 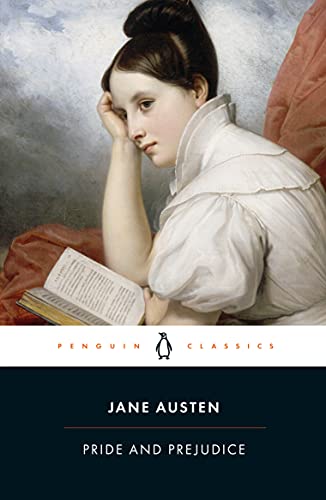 The Time Traveler’s Wife is the debut novel by Audrey Niffenegger, and is one of the best romance novels of all time. The story follows the out-of-order love story between Clare Abshire and her time-traveling husband, Henry DeTamble. 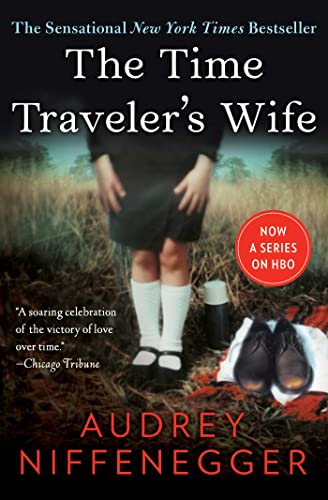