Do you ever stop writing mid-sentence to ask yourself if you have correctly formatted your book title?

This is a fair question, and it demands a thoughtful answer. Since you want to deliver quality work, there are a few things you need to know about book title formatting. Wondering, “Are book titles underlined?” or “Are book titles italicized?” or further “Does it matter if my book title is italicized or underline?” only translates that as a reader or writer, you are paying attention to the nitty-gritty of your craft.

For some time now, or rather since the invention of computers and replacement of typewriters, there has been an ongoing debate if writers should use italics or underlines their book titles. And this begs the question;

The short answer to this is yes. There is a general rule (like a rule of thumb for writing book titles) that states that titles of more significant works should be italicized while those of smaller tasks should use quotation marks. Larger books have chapters, but also short works are subdivided into smaller parts. This, therefore, demands that the short texts are branded as more significant works and the titles should appear in italics.

The italics rule applies to both non-fictional and fictional works that have individual chapters.

For handwritten books, it is nearly impossible to correctly design your tiles in italics (compared to a computer). It is, therefore, an acceptable rule to underline such works for both small and large books.

While underlining a title is not advised, especially when doing a professional piece of work, a majority of readers take your book more seriously if you employ italics in your book title. The italics appearance is more futuristic while underlining only looks like an old-style of formatting book titles. 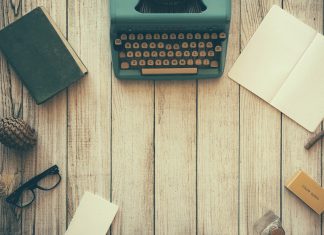