Want to become the Scrabble winner in your next family gameboard night? Well, you are in luck! You can use these seven Scrabble rules to your advantage. Don’t worry, though. All these moves are official and legal to play. We even found a rule that lets you use a foreign language, but there’s a catch. So without further ado, here are seven Scrabble rules you can use to turn the tables around!

1. Get a Head Start With First Word Score Rule

When the scrabble game begins, the first player places their word on the star spin within the board’s center. The star is a double square, which is a double word score. Then, other players will create their words off of this word, spreading the match to other squares covering the Scrabble board. And play goes on in a clockwise manner around the board.

However, if all factors are held constant, the player who goes first wins fifty-four percent of the time. And this is because going first gives a player control over the Scrabble board.

2. Aim for the Fifty Point Bonus

If you use all the letters from your rack simultaneously, you receive a fifty-point bonus, commonly known as the Bingo. However, the Bingo only happens when seven tiles are on your tiles rack. The Bingo is one of the primary keys to bagging a Scrabble win due to its mega-points. While most amateurs hardly play even one during a match, professionals often score three or more. A more radical tactic revolves around capitalizing one’s opportunity of playing Bingo: poor letter combinations are broken up, blank tiles are kept, and pliable letter mixtures are targeted until Bingo.

3. Use Foreign Words That Appear in a Standard English Dictionary

According to the official Scrabble rules, when playing an English version of the Scrabble board game, foreign words are not permitted to be used on the board. Nonetheless, it is allowed if the foreign word appears in a Standard English dictionary.

The usage is granted because it is recognized as part of the English language when a vocabulary is used sufficient times. Hence, giving polyglots an added advantage. Polyglots rejoice despite the “dictionary” catch since they have a vast pool of foreign words found in the standard dictionary.

There is not much to know about the word. It is another term for five in French when playing card or dice games. However, that is good, as the word ending in Q is crucial for word games too.

A Faqir is an Islam follower who doubles up as a beggar and does not own any property. However, the term has an opposite context in Scrabble though. A term that lets you deploy Q tile without a U tile is highly appreciated. You cannot get too many examples of those, which are not foreign words.

Libretto refers to a book or text comprising an oratorio, opera, or other musical work. It is a word for more adept players, eight letters long. You will need to search for opportunities to make it by blending tiles you have with tiles already on the Scrabble board.

4. Add Tiles at the Front and the End in a Single Turn

Yes, scrabble allows you to add a letter to both ends of a word within a single play. You can bring as many letters as you wish to the end of an existing term on board. This move comes in handy when reaching two premium squares within a single play. Hence, resulting in some high Scrabble scores.

For instance, the word “play” is between two triple word squares. You can extend the word in both directions to create the word replayed; thus, earning you many points.

In the game of Scrabble, a challenge refers to the act of a player questioning the legitimacy of one or more words created by another contestant in the recent turn. The challenged contestant loses his turn if several challenged words are not in the previously agreed-upon dictionary. However, if the term challenged is valid, the challenger losses his turn.

Depending on the rules, there are distinct penalties for a challenge. There are three variations: single challenge, double challenge, and penalty challenge.

If a player places a word and the other contender desires to challenge, he can do so with no penalty. However, if the term is valid, it is retained. If it is unacceptable, it is stricken off the board.

A fixed number of points for a penalty are agreed beforehand, either by the organizers or the players.

The penalty challenge is a compromise between single and double challenges, laced with the strengths and weaknesses of the two. With penalty challenge, players hardly challenge a term to get some thinking time, as it can cost them several points.

On the flip side, the possibility of losing points might discourage players from challenging a term that they suspect is invalid. And, it ends up incrementing the opportunities of an unacceptable word being retained throughout the match.

When Scrabble comes to an end, each player counts all remaining points on their tiles, which have not been played. The amount is then deducted from the final score.

A bonus is granted to the player who brought the curtains down on the game and has no remaining tiles. Tile values of remaining players are added to the player’s points who has run out of tiles to create the final score for the game.

The player with the most points after all final scores are computed wins.

7. Match Ends in Six Consecutive Turns Without Any Score

Since the players are permitted to pass their turn, serious tournaments frequently bring on board a rule to ensure the match does not drag on till eternity using laws like game ends in Six Consecutive plays without any score. The Hasbro Official highlights several factors that can cause a game to have consecutive plays without a score. Case in point, any blend of passes, exchanges, and successful challenges of false words.

How Many Tiles in Scrabble?

There are precisely 100 tiles in Scrabble. Ninety-eight of these tiles contain letters, while there are two blank ones. These two add a wildcard aspect to this board game—the blanks can stand in for any alphabetical letter.

If you use the blank tile, it retains the letter for which it was first substituted. Different letters have distinct point values, pegged on their rarity and the toughness in playing them. However, blank tiles have no point value.

How to Play Scrabble

If you desire to play scrabble, follow these 11 steps, and you will be ready:

Playing the game is potentially a lot simpler than it looks when you are a spectator looking in. When you are part of the play and used to it, you will realize that it gets increasingly simple.

Are Proper Nouns Allowed in Scrabble?

The short answer is “no.” Nonetheless, there are a lot of nouns, which happen to be regular words, too. All those words are acceptable Scrabble words. In this instance, they would not be capitalized words. In a nutshell, it is the distinction between proper and common nouns.

Here are a few examples: jack, tom, and frank, among many more. Here are a few you might not have imagined: roger, terry, ken, etc.

In a nutshell, the longer answer is both yes and no.

Lawful evil hails from another popular game known as Dungeons and Dragons. And the phrase refers to a person who changes the laws of their universe to their benefit. Thanks to twisting the law, he causes destruction and suffering while operating within the rules. Hence, we prefer calling it a lawful victory.

If you come to the next game armed with these Scrabble rules, you will clinch that lawful victory and get to do a burst of evil laughter. 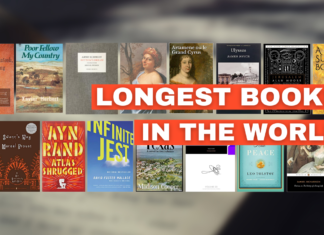