Fans of Louise Penny’s Chief Inspector Gamache mysteries can look forward to the 18th book in the series on Nov. 29, 2022 with A World of Curiosities.

Since the publication of Still Life, the first, in 2005, Penny’s cozy mystery world populated by residents of Three Pines, a snowy but warmhearted village in Quebec, has made friends around the globe, as the books have been translated into 23 languages, plus Quebec French.

Here, then, are the Louise Penny books in order. Titles include both those from the United States and alternate titles from other countries.

Inspector Gamache is the head of the homicide department in Three Pines, Quebec. He is the Chief Inspector of Sûreté du Québec, the provincial police force for the province of Quebec in Canada. Find the Louise Penny books in order below.

The first Louise Penny book mysteries introduces Three Pines and its residents as one, Jane Neal, is shockingly the victim of a crime in this cozy village. The locals think the death was an accident, but Gamache is alert to signs of the culprit. Along the way, readers meet Madame Gamache, the owners of the town B&B and bookstore, and its famous mad poet, sharp-tongued and secretly softhearted Ruth Zardo.

This book was so successful that it won multiple awards including the Barry Award, the New Blood Dagger award, the 2007 Anthony Award, the Arthur Ellis Award, and the Dilys Award.

A spectator at a Boxing Day curling match is electrocuted with no witnesses. As Gamache hunts the killer, he also faces dangerous enemies at the Surete du Quebec, setting up a dynamic that will play out in future novels.

It’s springtime in Three Pines, but the title and its play on T.S. Eliot’s work hint that something brutal is in the works. A visit to the Old Hadley House, a murder, and demons of his own haunting Gamache create a play of darkness and light, death and rebirth.

Book 4: A Rule Against Murder / The Murder Stone

In Gamache’s world, even the loveliest settings have an ominous undertone. In Penny’s third novel, the chief inspector and his much-loved, retired-librarian wife, Reine-Marie, visit lakeside Manoir Bellechasse for an anniversary. The hotel guests have secrets, however, and a mystery ensues.

A mystery that hits closer to Three Pines–the village B&B and its antique lover Olivier–again has literary references, including a Charlotte’s Web-like “WOE” woven into a spider web. Gamache follows clues to find out the truth about Olivier, who with his life partner Gabri runs the bistro that is the source of much solace and comfort food for village residents.

The scene shifts to Quebec City in this wintertime mystery, which involves a discovery at a historic library during Winter Carnival. Chief Inspector Gamache’s colleague (and future son-in-law) Jean Guy Beauvoir unravel the threads to solve this case.

Book 7: A Trick of the Light

In Three Pines, artist Clara Morrow’s garden is where a body is found–that of Lillian Dyson–immediately before Clara’s solo show in Montreal. Is the death related to the artists gathered to celebrate?

Near Quebec, a cloister of monks lives deep in the woods, growing vegetables, making chocolate–and singing beautiful music. When their choir director is found dead, Gamache and Beauvoir visit to find out who wanted to permanently silence the monk.

Book 9: How the Light Gets In

Penny’s next novel again includes a musical reference, in this case to Leonard Cohen’s “Anthem.” Cohen, a fellow Canadian, reportedly gave Penny rights to quote the song, and to her surprise, didn’t charge her. Christmastime is the setting, but Gamache is feeling pressure both in Quebec and in Three Pines, where bookstore owner Myrna Landers turns out to be more than she seemed.

Gamache is again taken into the world of Three Pines artists in “The Long Way Home.” Clara Morrow’s husband, Peter, is missing.

Book 11: The Nature of the Beast

A missing boy, his scary stories. Which are to be believed, and which will lead Gamache to his safe return to his parents in Three Pines? Nine-year-old Laurent Lepage is known to cry wolf about death, murder, aliens, and other strange occurrences. Until he goes missing. Inspector Gamache is tasked with finding the young boy.

“A Great Reckoning” leads the former chief of homicide from Three Pines back to the Sûreté du Québec, where four young cadets and a dead professor spell trouble. Cadet Amelia Choquet is a puzzle. A computer whiz, she’s also a misfit. Was Gamache right in mentoring her, or was his trust misplaced?

Few things could be as unnerving as a person taking a position and just standing there–night and day, through wind, sleet and snow–but that’s what Gamache is faced with in Three Pines. The aftermath of the spooky vision takes Gamache back to the Sûreté to struggle with his conscience. A mysterious figure haunts the town until a body is discovered.

Book 14: Kingdom of the Blind

Myrna Landers again figures in one of Penny’s more innovative puzzlers. Gamache and Landers both have been named executors of a will in Three Pines, and neither has heard of the deceased. Meanwhile in Montreal, an opioid crisis leads to a crisis for the Sûreté, and a dark, memorable turning point for Gamache that will play out both in real life and in plenty of social-media drama.

As Gamache and Beauvoir struggle to pick up the pieces, another homicide takes precedence. A flood, meanwhile, threatens to engulf Three Pines.

Book 16: All the Devils Are Here

Death, it seems, follows Gamache even as he and his family gather in Paris to visit his godfather, billionaire Stephen Horowitz. When Horowitz is stuck down in traffic, it sets in motion a mystery that will unleash Gamache family dynamics. Will it heal them, or tear them apart?

Book 17: The Madness of Crowds

Another cozy winter in Three Pines, with bistro hot chocolate, fireplaces, deep snow for skiing and tobogganing. The Gamache family has regrouped for a holiday together–until a visiting professor turns out to be someone with socially repugnant ideas. Gamache is assigned to provide security. According to Louise Penny’s preview: “Before long, Professor Robinson’s views start seeping into conversations. Spreading and infecting. So that truth and fact, reality and delusion are so confused it’s near impossible to tell them apart.” A murder follows.

Book 18: A World of Curiosities

From the Amazon description: Nothing is ever quiet in Three Pines. It’s spring and Three Pines is reemerging after the harsh winter. But not everything buried should come alive again. Not everything lying dormant should reemerge. But something has. As the villagers prepare for a special celebration, Armand Gamache and Jean-Guy Beauvoir find themselves increasingly worried. A young man and woman have reappeared in the Sûreté du Québec investigators’ lives after many years. The two were young children when their troubled mother was murdered, leaving them damaged, shattered. Now they’ve arrived in the village of Three Pines. “A World of Curiosities,” Penny’s 18th Gamache novel, is to be published on November 29, 2022.

While not part of the Inspector Gamache book series, a list of Louise Penny books in order will have another addition in October with State of Terror. Penny teamed up with her friend Hillary Clinton to write this thriller, and it was published by Simon & Schuster and St. Martin’s Press. Its plot involves “a secretary of state and a weakened nation,” according to The New York Times. It was released on Oct. 12, 2021.

The book “follows a novice Secretary of State who has joined the administration of her rival, a president inaugurated after four years of American leadership that shrank from the world stage. A series of terrorist attacks throws the global order into disarray, and the secretary is tasked with assembling a team to unravel the deadly conspiracy, a scheme carefully designed to take advantage of an American government dangerously out of touch and out of power in the places where it counts the most,” Simon & Schuster’s website says. 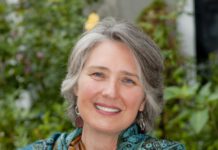 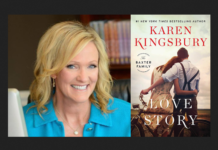 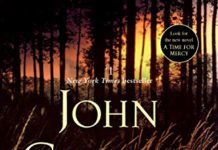 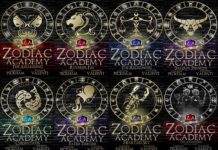 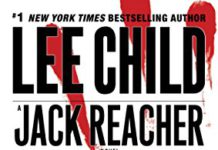